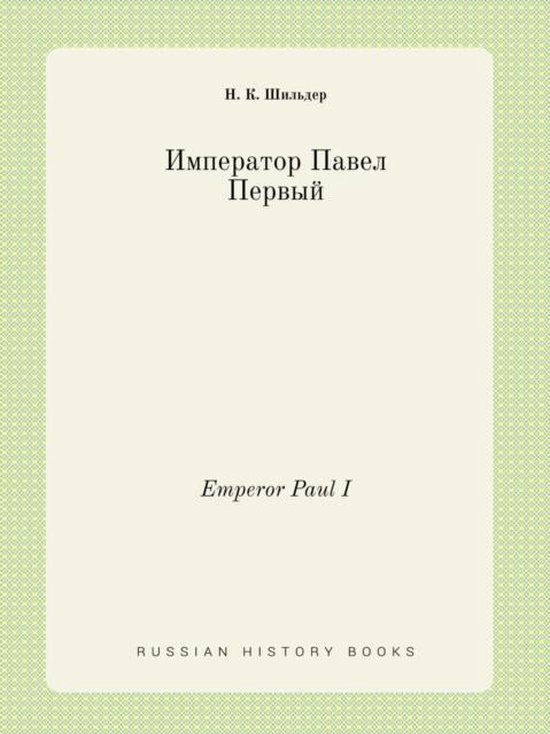 Emperor Paul I - one of the most controversial and enigmatic figures in a series of Russian tsars. His historical portrait, depending on the angle and lighting, makes us an unbalanced madman, and a lover of Masonic lodges, and follower of army drill and strict censorship; and that Paul, who has restricted privileges of the nobility, restore the system boards, trying to stabilize the financial situation in Russia; and initiator of the Manifesto of the three-day corvee; and the Grand Master of the Order of Malta. Reliable, versatile image of the life and work of Paul I tried to give a well-known Russian historian Nikolai Karlovich Schilder, Lieutenant General, a member of the Russian-Turkish war of 1877-1878. This fascinating book written on the basis of unique archival materials, which had access to the author, who served as director of the Imperial Public Library. Talented work Schilder differs careful selection and skillful analysis of the facts, accuracy and subtlety historical estimates. This book - an impartial account of the life of Emperor Paul I, according to the author of the book, "is different and so tragic, one might say, Hamlet features, the likes of which is not found in the life of any of the monarchs not only in Russian, but in world history." The rich decoration of the book will help the reader to visualize and feel the atmosphere of Pavlovsk era.
Toon meer Toon minder