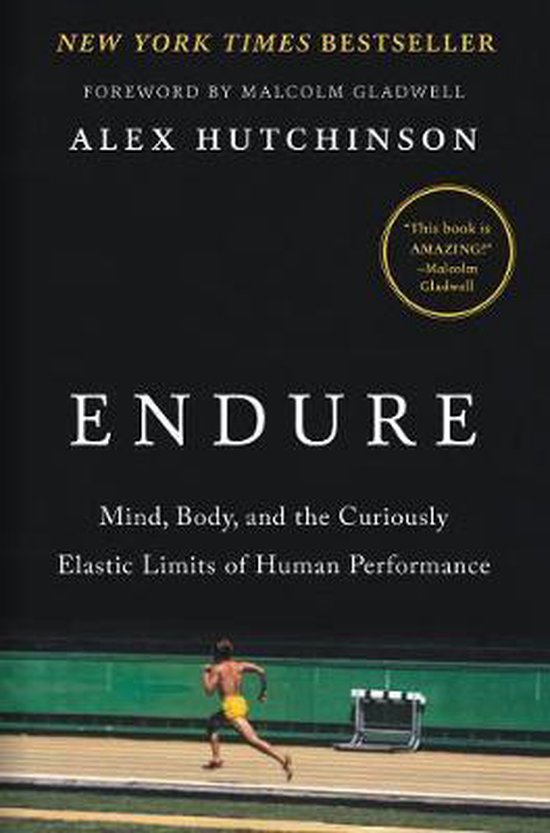 Alex Hutchinson is a contributing editor at Popular Mechanics magazine, senior editor at Canadian Running magazine, and columnist for the Toronto Globe and Mail. He holds a master's in journalism from Columbia and a Ph.D. in physics from Cambridge, and he did his post-doctoral research with the U.S. National Security Agency.
Alles van Alex Hutchinson

From the National Magazine Award-winning Runner's World columnist, frequent NewYorker.com contributor, and Cambridge-trained physicist: a fascinating and definitive exploration of the science of endurance and peak performance From the two-hour marathon to the summit of Mount Everest, we're fascinated by the extremes of human endurance. How high or far or fast can humans go? And what about me-what defines my personal limits? According to a century's worth of physiology textbooks, the answers lie in the size of your heart, the capacity of your lungs, and the strength of your muscles. But a wave of dramatic findings over the past decade has completely overturned our understanding of human limits. Endure, from Runner's World and NewYorker.com contributor Alex Hutchinson, brings this radical new science of endurance to a general audience for the first time, leading to a surprising conclusion: It's the brain that dictates your limits-and that means they can always be pushed a little farther. Hutchinson traces our attempts over the last hundred years to understand human fatigue, from the crude experiments of the early twentieth century (physiologists cutting the legs of frogs and electrocuting them) to the use of sophisticated brain imaging technology. Hutchinson presents a wholly new understanding of endurance, untethered from the traditional mechanistic view of human limits (like a car with a brick on its gas pedal, we go until the tank runs out of gas). Instead, he persuasively argues, a key element is how the brain responds to distress signals -- whether heat, or cold, or muscles screaming with lactic acid -- and we can train to improve this brain response. Traveling to the forefront of the new sports psychology landscape -- from brain electrode jolts to computer-based training to subliminal messaging -- Hutchinson makes accessible a host of startling new discoveries. An elite distance runner himself, Hutchinson shows readers how they can use these tactics to bolster their own performance and get the most out of their bodies.
Toon meer Toon minder