Enemy Land Another Rose That Grew from Concrete 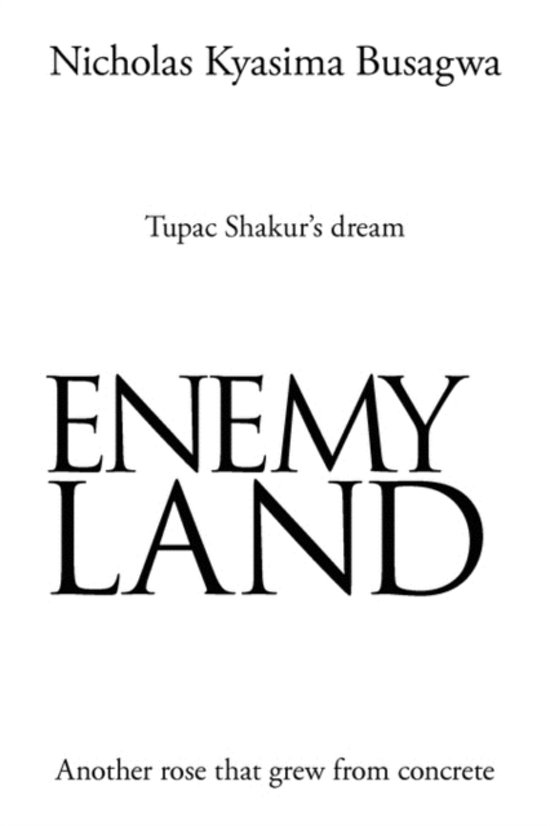 "Enemy Land" is a new book by a talented author named Nicholas Kyasima. Enemy Land is a collection of short stories all of which are presented in different angles. The short stories can not be said to be poems even though that's what they seem. Some stories may appear as love songs, other stories might look like a means of expression by someone who is really hurt. Poems or not, this book carries serious entertainment and most importantly of all, knowledge in the most simplest of ways. As the reader, you don't get a chance to be bored. For example, in the first chapter of Enemy Land, a guy who is secretly in love with a woman, asks her to meet him at the London bridge station - she doesn't show up. This causes wretchedness which is expressed line by line and as you read it, you'll feel like it is you who has had the experience. It is a work of a genius. This book Enemy Land carries stories that are ridiculously full of expression. So much so that a teenage boy who wants to play he's music system loud on full blast listening to Tupac or 50 cent would sit down and read this book. If boys that are not into reading books love Enemy Land - imagine how grown men and women that are into books feel about it. There's no telling how many genres are presented in Enemy Land. Apart from poems and love stories as mention earlier, in this book, you'll also have war stories based on the harsh reality in the ghetto areas of London. These are the most dramatic ones especially when you adapt the persona of a Black African Boy from which the stories were written. Once again, it's genius. Enemy Land has so many perspectives and with that, it is made for everyone to enjoy. Nobody is left out. On top of all that you'll gain new experiences from reading this book because the person that wrote it (Nicholas Kyasima) based it on his real life as it is now. Nothing in this book is fiction. It's all reality.
Toon meer Toon minder