Enlightenment Blues My Years with an American Guru 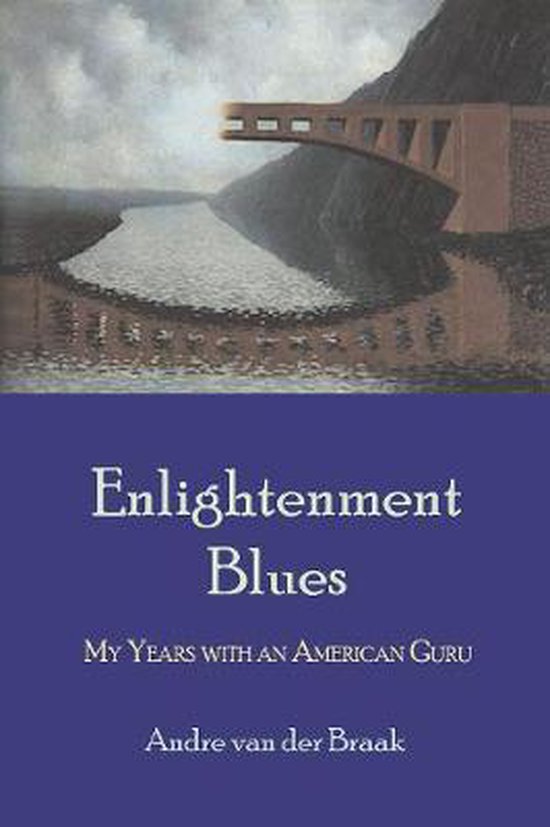 Enlightenment Blues is Andre van der Braak&;s compelling first hand account of his relationship with a prominent spiritual teacher. It chronicles both the author&;s spiritual journey and disenchantment as well the development of a missionary and controversial community around the teacher. It powerfully exposes the problems and necessities of disentanglement from a spiritual path.

&;Enlightenment Blues is the account of a young man's sincere and protracted struggle to transform his life according to the teachings of the American guru Andrew Cohen. Ruthlessly honest and unsettling, Andre van der Braak gives a vivid first-hand account of an uncompromising experiment in establishing Indian spirituality in a modern Western setting. This story is essential reading for anyone seeking to understand the allure and pitfalls of surrendering one's authority in the hope of spiritually transforming the world&; Stephen Batchelor, Author Buddhism without Beliefs

&;Narrated with the psychological subtlety and drama of a good novel, Enlightenment Blues is a precise, profound dissection of the guru-devotee relationship. It should be required reading for all who are currently engaged in or considering studying under a spiritual teacher.&; John Horgan, author of Rational Mysticism

''A profound contribution. The maturity and balance of this book place it at the front rank of works on contemporary spirituality. All the major themes of the spiritual quest are here - reason versus emotion, the problem of the ego, the guru, self-doubt, the place of altered states. Andre van der Braak has the creative gift of being able to hold opposing ideas in his mind without moving towards premature closure. Hence this heartfelt account of his eleven years in the Cohen movement is a beautiful testament to one man's quest to discover his own reality. Enlightenment Blues deserves the widest readership.'' Len Oakes, Prophetic Charisma

&;Enlightenment Blues is the personal story of one man&;s eleven year journey into and out of a group of seekers of enlightenment with a charismatic leader who claims to be an exemplar of perfection. What distinguishes this book are the writer&;s insights and honesty in portraying the workings of an authoritarian belief system that operates under the guise of spiritual revelations. Anyone who has ever belonged to such a group, or knows anyone who has, or who wants to understand what the appeals and dangers of surrendering to a guru consist of, would benefit from reading this book.&; Joel Kramer, author, The Guru Papers

''Andre van der Braak&;s story is our own story. We walked the &;yellow brick road&; whether it was Zen or Yoga or Advaita. We desperately wished for or found a Guru who could help us find our way home and we wholly gave ourselves. Andre&;s talk of it is fresh and innocent. He takes us by the hand through a hazardous trail. Neither bitter nor estranged, nor having lost his passion for the way, he remembers with us what really happened, and why.&; Orit Sen-Gupta, Author, Dancing the Body of Light &; The Future of Yoga

Andre van der Braak lived in Andrew Cohen&;s spiritual community for 11 years, an involvement initiated shortly after Cohen had begun teaching. He was one of the original editors for &;What is Enlightenment Magazine&;. He was also an editor for Cohen&;s first teaching text, Enlightenment is a Secret, which entailed reading over 4,000 pages of transcribed talks, and editing them into book form.

Today, he lives in Amsterdam where he teaches philosophy at the University of Amsterdam and at Luzac College in Alkmaar.
Toon meer Toon minder