Environmental Consequences of War and Aftermath 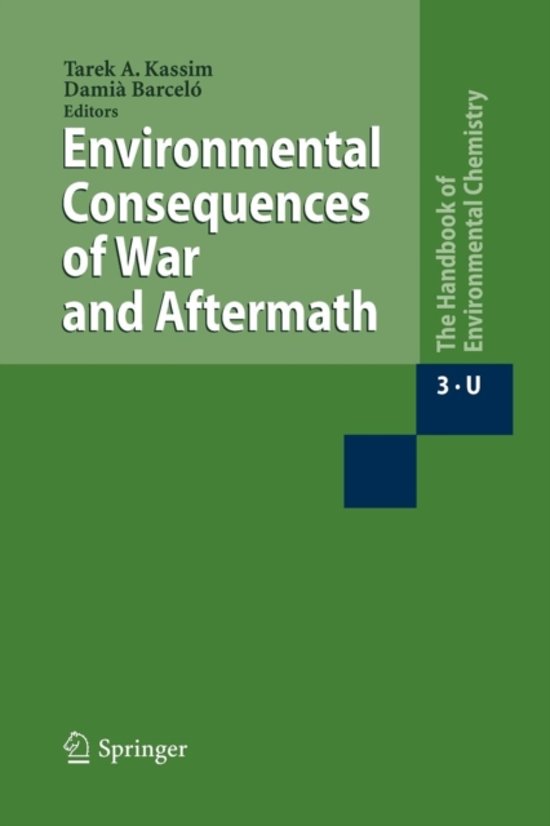 and used in munitions. Rather the requirements for the agent s military effects took precedence. In addition, the interaction among the political, technical, and legal challenges connected with the known or possible risks posed by CW agents is complex and sometimes not well understood. This is usually because technical considerations, when acted on, are almost invariably informed by political ones, such as various legal requirements. The book contains nine chapters covering different aspects of the research on environmental consequences of war and its aftermath and covers in one additional chapter more general issues such as prevention of war and its environmental c- sequences, the legal, political, and technical background to selected environmental and human health effects of CW agents, and the atmospheric transport and depo- tion of persistent organic pollutants under warfare conditions to more specific ones related to two main tragic examples: the war in the Balkans and the Gulf War. Aspects of the war in the Balkans cover contamination by heavy metals in Serbian national parks, the impact of NATO strikes on the Danube river basin, and the problems associated with transuranium elements. The Gulf War in Kuwait covers other problems related to the impact of oil contamination, the impact on grou- water resources, and the soil damage of ground fortifications among other envir- mental and health problems."
Toon meer Toon minder