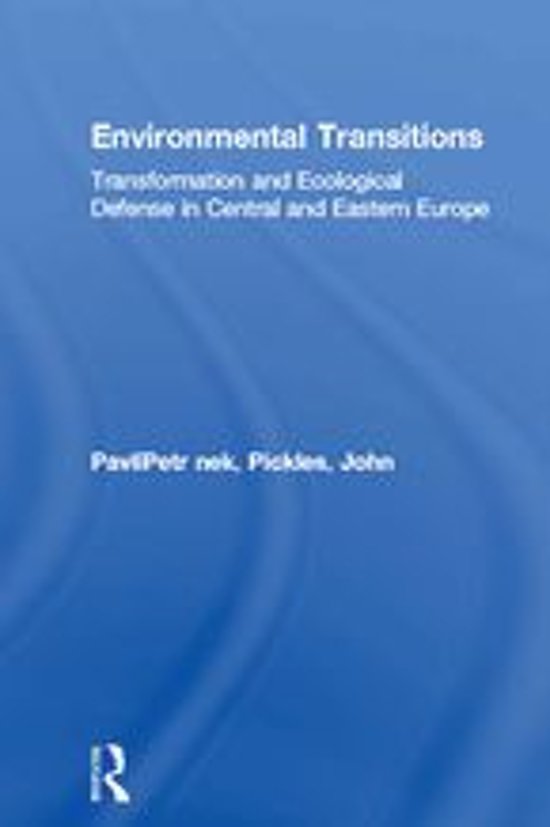 ... a gold mine of empirical and descritpive information. The connections that Pavlinek and Pickles draw between cultural values and economic and environmental issues is a major step in theorizing the mode of social regulation, which has been a black hole in regulationism for too long...quite possibly the best book on environment and governance in Eastern Europe. It provides a detailed picture of the condition of the environment, contributes an explicitly geographic perspective to the literature, and opens up new directions in the study of regimes of accumulation and modes of social regulation- Elizabeth Dunn, Dept. of Geography, University of Colorado, Boulder, CO.