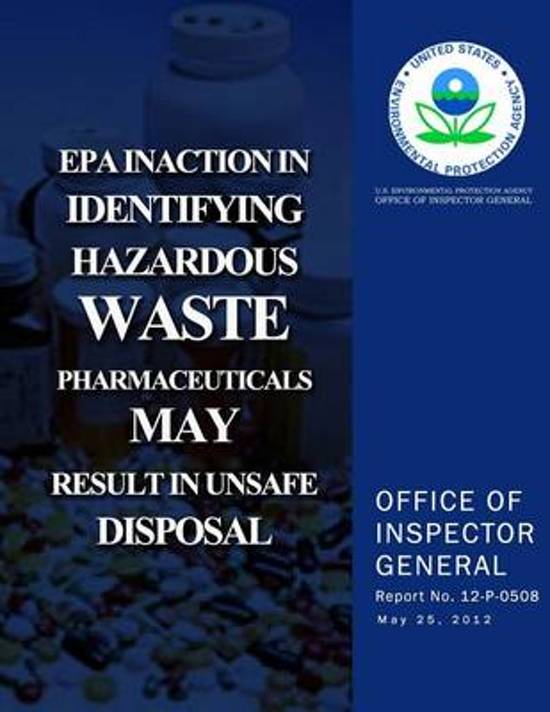 The discovery of a variety of pharmaceuticals in surface, ground, and drinking waters around the country has raised concerns about the potentially adverse environmental consequences of these contaminants. Although the effects on humans are unknown, the U.S. Government Accountability Office (GAO) reports that some research has demonstrated the potential impact to human health from exposure to pharmaceuticals found in drinking water, such as antibiotics and those that interfere with human hormone development. In addition, minute concentrations of some pharmaceuticals can have detrimental effects on aquatic species, such as hormonal imbalances leading to feminization and reproductive problems in fish populations. Studies have suggested the detection of pharmaceutical compounds in treated wastewater effluent, streams, lakes, seawater, and groundwater, as well as in sediments and fish tissue. For example, during 1999 and 2000, the United States Geological Survey conducted a study of 139 streams across the country and detected pharmaceutical compounds in 80 percent of the streams sampled. In the 2008 proposed universal waste rule, EPA defines a pharmaceutical as any chemical product, vaccine, or allergenic, not containing a radioactive component, that is intended for use in the diagnosis, cure, mitigation, treatment, or prevention of disease or injury in humans or animals. This definition also refers to any product with the primary purpose of dispensing or delivering a pharmaceutical.
Toon meer Toon minder