Epistemology A Contemporary Introduction to the Theory of Knowledge 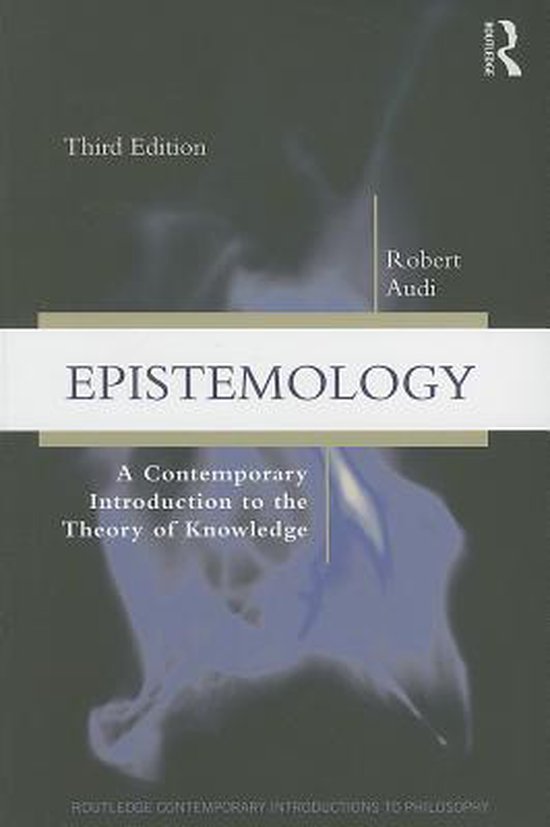 "This comprehensive introduction explains the concepts and theories central to understanding knowledge. The third edition features new sections on such topics as the nature of intuition, the skeptical challenge of rational disagreement, and ""the value problem""ùthe question why knowledge is preferable to mere true belief. Special features of the third edition of Epistemology include:

-enhanced treatment of key topics such as perception, scientific hypotheses, self-evidence and the a priori, testimony, contextualism, understanding, and virtue epistemology

-expanded discussion of the relation between epistemology and related fields, especially philosophy of mind, philosophy of science, and ethics

Advance praise for the third edition:

Robert Audi's Epistemology, Third Edition, is the most authoritative, comprehensive, and state-of-the-art textbook in the field. In clear, masterful prose, Audi covers all the main topics in epistemology... Every student of epistemologyùnew and oldùshould read this book.- Peter Graham, University of Cahlivnia, Riverside

""... unusually comprehensive, elegantly structured, and accessible... a cutting-edge treatment of the latest debates about the nature of intuitions, the significance of rational disagreement, and the value of knowledge and justified true belief.-Ralph Kennedy, Wake Forest University

""... a well-motivated, comprehensive, accessible introduction for students as well as an original, exciting, cutting-edge work of epistemology in its own right. Novices and experts alike will continually profitùand tremendously soùfrom studying it... an ideal text for undergraduate courses in epistemology, and even graduate-level surveys.""-E.J. Coffman, University of Tennessee

Praise for the second edition:

""...philosophically insightful and masterfully writtenùeven more so in its new edition. Guaranteed to fascinate the beginner while retaining its exalted status with the experts.""-Claudio de Almeida, PUCRS, Brazil

""My students like this book and have learned much from it, as I have...Epistemology ... is simply the best textbook in epistemology that I know of.""-Thomas Vinci, Dalhousie University

Praise for the first edition:

""No less than one would expect from a first-rate epistemologist who is also a master expositor ... A superb introduction.""-Ernest Sosa, Rutgers University

""This is a massively impressive book, introducing ...virtually all the main areas of epistemology.... lucid and highly readable, while not shirking the considerable complexities of his subject matter.""-Elizabeth M. Fricker; University of Oxford

""A state-of-the-art introduction to epistemology by one of the leading figures in the field.""-William P. Alston, Syracuse University"
Toon meer Toon minder