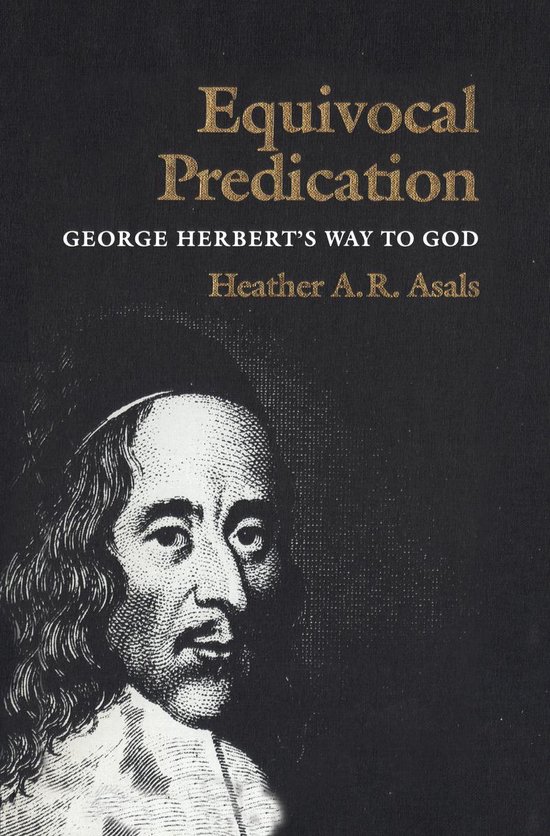 Equivocation replaced Thomistic analogy as a means of predicting God in the minds of many seventeenth-century divines. In this study, Professor Asals analyses George Herbert's use of language as a method of devotion in his major cycle poem, The Temple. Tracing the logical notion of equivocation (here the extensive us of puns and pun-like verbal devices) as prediction through other influences on his poetry, she argues that the very basis of Herbert's work lies in its responsibility in predicting God as One and Love.


Asals explains that, for Herbert, the act of writing a poem—the actual handwriting—was a sacramental and ceremonial act of worship recreating Christ's death on the cross: ink becomes blood. The sign on the printed page points sacramentally to the blood it signifies. Thus, the domain of Herbert's poetry reaches from earth to heaven and from heaven to earth.


Continuing with an examination of Herbert's language, including aspects of phonology, morphology, and syntax, Asals reveals its two-fold significance in expression and meaning. Through a detailed reading of the entire corpus, she investigates the profound influence of Augustinianism and Wisdom literature on the way poetry works and explores the meaning of gesture and its importance to Herbert's Anglicanism—his belief in the importance of ceremony.


In the final chapter, on the topos of Magdalene, its relationship to Herbert's mother, and his mother's importance to his writing, Asals argues that Anglicanism as a way to God (and God as a way to himself) is at the very core of Herbert's poetics.


This book establishes a new critical milieu in which Herbert may be interpreted and sheds new light on the poetry of other writers of the period.