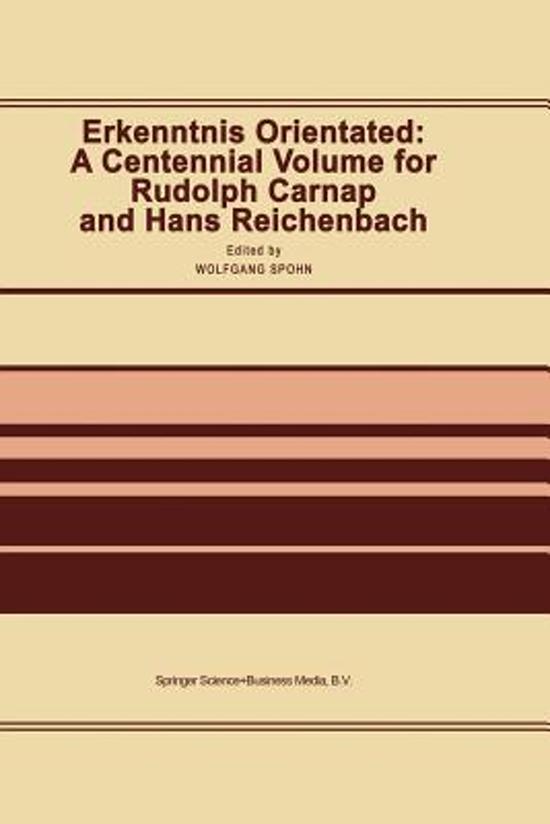 Rudolf Carnap was born on May 18, 1891, and Hans Reichenbach on September 26 in the same year. They are two of the greatest philosophers of this century, and they are eminent representatives of what is perhaps the most powerful contemporary philosophical movement. Moreover, they founded the journal Erkenntnis. This is ample reason for presenting, on behalf of Erkenntnis, a collection of essays in honor of them and their philosophical work. I am less sure, however, whether it is a good time for resuming their philosophical impact; their work still is rather part than historical basis of the present philosophical melting-pot. Their basic philosophical theses have currently, it may seem, not so high a standing, but their impact can be seen in numerous detailed issues; they have opened or pushed forward lively fields of research which are still very actively pursued not only within philosophy, but also in many neighboring disciplines. Whatever the present balance of opinions about their philosophical ideas, there is something even more basic in their philosophy than their tenets which is as fresh, as stimulating, as exemplary as ever. I have in mind their way of philosophizing, their conception of how to do philosophy. It is always a good time for reinforcing that conception; and if this volume would manage to do so, it would fully serve its purpose.
Toon meer Toon minder