Essays at the End of the Age EBOOK Tooltip Ebooks kunnen worden gelezen op uw computer en op daarvoor geschikte e-readers. The Death of Nihilism and the Rebirth of Truth and Beauty 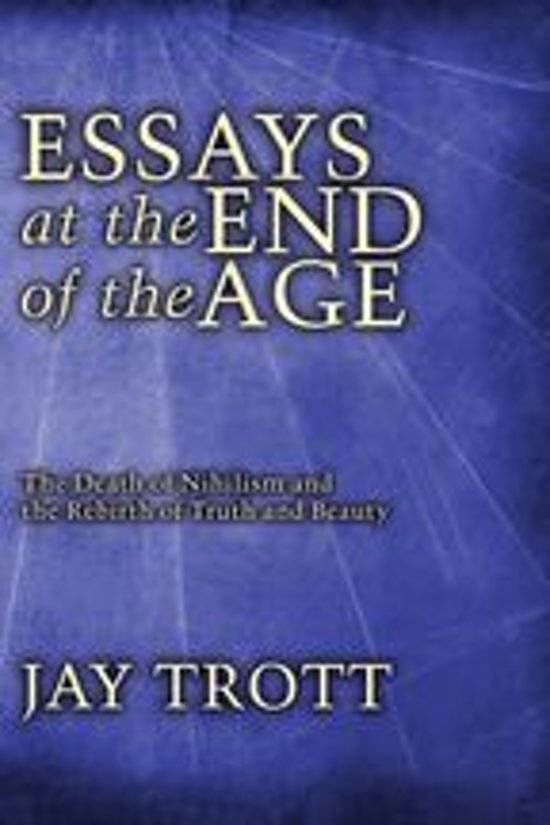 Essays at the End of the Age examines the rise and fall of nihilism in the context of the cycles of intellectual history and suggests ways to go beyond it. The modern era began with Descartes and the attempt to use the cogito to obtain a clear understanding of transcendent being. Unfortunately, the cogito led to nothingness through its resistance to constructs of being. Then Kant attempted to synthesize nothingness with being in the transcendental aesthetic, with mixed results. Finally, Nietzsche used the power of nothingness itself (or nihilism) to negate any concept of being for the sake of the will to power. But nihilism led to the same nothingness as the cogito did, since nihilism, too, was based on resistance. The limitations of the superman became evident through the art and culture that reflected his negative ideal of absolute resistance to the good--and yet nihilism also indicates the end of philosophy and its attempt to describe transcendent value and the good of happiness. The superman is dead, and philosophy appears to be dead as well. The question now is whether it is possible to go beyond nihilism and find the identity, purpose, and meaning that the human spirit craves. Essays at the End of the Age uses illustrations from literature, music, science, and sacred texts to show why the superman failed to obtain happiness, and to point the way to a new mode of being.