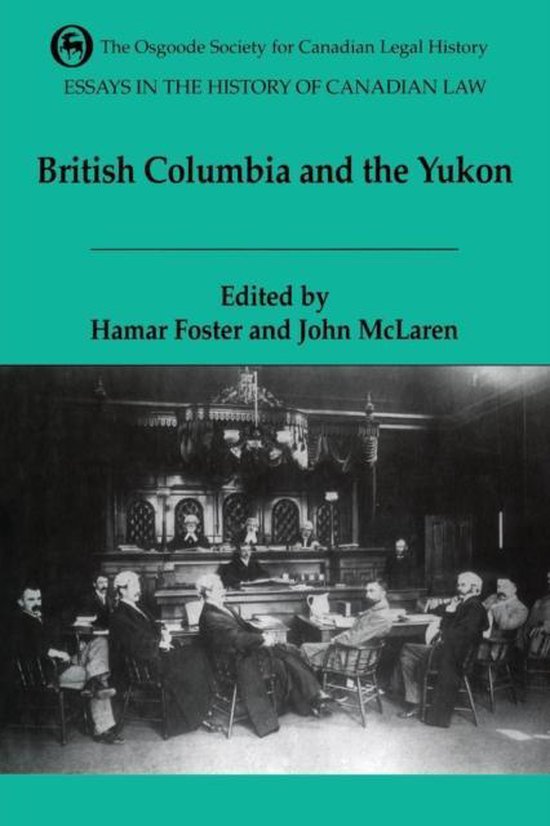 This sixth volume in the Osgoode Society's distinguished series on the history of Canadian law turns to the a central theme in the history of British Columbia and the Yukon - law and order. In the early days of British sovereignty, the frenzied activity of the fur trade and the gold rush, along with clashes between settlers and Natives, made law enforcement a difficult business. Later, although law and order were more firmly established, tensions continued between the dominant populations committed to the practice and rhetoric of British justice and those groups owing allegiance to other value systems (such as Native peoples, Asian immigrants, and Doukhobors) or those resisting authority (criminals and the criminally insane). These essays look at key social, economic, and political issues of the times and show how they influenced the developing legal system. The essays cover a wide range of topics, and explore the human as well as the legal dimensions of their subjects, relating specific cases to broader theory. They demonstrate that English law has been flexible enough to accommodate diversity and is, therefore, pragmatic. The volume also proves that there is no single Canadian legal culture: geography, demography, politics, economics, and military considerations have had an impact on the shape of our legal culture. The introduction by John McLaren and Hamar Foster pulls together the many regional themes to provide a clear overview of the legal complexities of the period.
Toon meer Toon minder