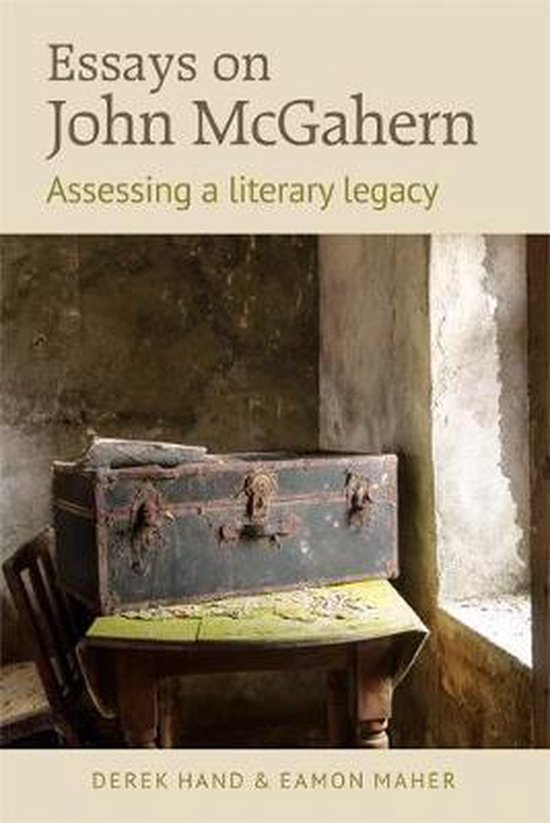 This collection of essays, written by many of the foremost McGahern scholars, provides solid reasons for why the Leitrim writer has assumed canonical status since his premature death in 2006, an event which sparked something akin to a period of national mourning in Ireland. The reason why so many people felt his loss so keenly is probably due to the fact that McGahern's attention to detail, his feel for landscape, his understanding of the Irish psyche, his carefully chiselled prose, his love of social and religious rituals, all contributed to his remarkable evocation of what it was like to live in Ireland at a specific time in its evolution - that is to say, from the time of independence up to the beginning of the new millennium. This is a multidisciplinary collection which situates McGahern in his literary context and explains the ingredients that make him such a revered writer, one who had his finger firmly on the pulse of the nation. Violence, love and desire, ecology, memory, friendship, photography, rage, sin, are examined with a view to assessing how they are pertinent to McGahern's work and the extent to which they contribute to his literary legacy. Declan Kiberd speaks from personal experience of the young writer who taught in Belgrove National School and was fascinated with cricket, whereas Donal Ryan describes how reading McGahern almost caused him to abandon his literary vocation because of his belief that he could never write like this master of prose. There is something in this book for both the specialist and non-specialist alike and it is essential reading for anyone with even a passing interest in McGahern the man and writer. Derek Hand is Head of the School of English at Dublin City University and Eamon Maher is a Lecturer in Technological University Dublin
Toon meer Toon minder