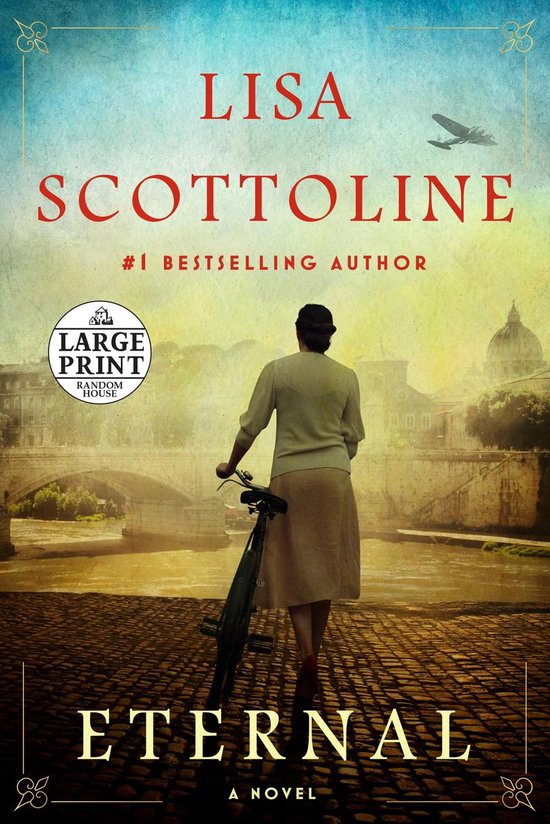 A moving historical epic from #1 bestselling author Lisa Scottoline, Eternal tells a story of loyalty and loss, family and food, and love and war--all set in the heart of one of the world's most beautiful cities, at its darkest moment.

As children growing up in Rome, Elisabetta, Marco, and Sandro became the best of friends, despite their differences. Betta is the child of artists in Trastevere, dreaming of becoming a novelist; Marco the brash and athletic son of a former cyclist; and Sandro a Jewish mathematics prodigy. Now teens, their bond remains unbroken--and begins to blossom into young love, with both Sandro and Marco hoping to win Betta's heart. But their youth is soon darkened by the shadow of fascism, which looms over Rome after Mussolini comes to power. Suddenly everything that the three hold dear--their families, their homes, and their connection to one another--is tested in ways they never could have imagined.

As World War II breaks out and anti-Semitism takes root, Italian citizens realize that Mussolini was just the beginning of the war's horrors. Nazis invade Rome, and with their arrival comes increased atrocities against the city's Jews, culminating in a final, shocking betrayal. Against this backdrop, the intertwined fates Betta, Marco, Sandro, and their families will be decided, in a heartbreaking and illuminating story of both the best and the worst that the world has to offer. A love letter to friendship, family, and the city of Rome, Eternal will be forever etched in the minds of readers.
Toon meer Toon minder