Nothing broadens and mellows the mind so much as foreign travel.—Dr. Orison Swett Marden. The scene is the brow of the Hungerberg at Innsbruck. It is the half-hour before sunset, and the whole lovely valley of the Inn—still wie die Nacht, tief wie das Meer—begins to glow with mauves and apple greens, apricots and silvery blues. Along the peaks of the great snowy mountains which shut it in, as if from the folly and misery of the world, there are touches of piercing primary colours—red, yellow, violet—the palette of a synchromist. Far below, hugging the winding river, lies little Innsbruck, with its checkerboard parks and Christmas garden villas. A battalion of Austrian soldiers, drilling in the Exerzierplatz, appears as an army of grey ants, now barely visible. Somewhere to the left, beyond the broad flank of the Hungerberg, the night train for Venice labours toward the town. It is a superbly beautiful scene, perhaps the most beautiful in all Europe. It has colour, dignity, repose. The Alps here come down a bit and so increase their spell. They are not the harsh precipices of Switzerland, nor the too charming stage mountains of Northern Italy, but rolling billows of clouds and snow, the high-flung waves of some titanic but stricken ocean. Now and then comes a faint clank of metal from the funicular railway, but the tracks themselves are hidden among the trees of the lower slopes. The tinkle of an angelus bell (or maybe it is only a sheep bell) is heard from afar. A great bird, an eagle or a falcon, sweeps across the crystal spaces. Here where we are is a shelf on the mountainside, and the hand of man has converted it into a terrace. To the rear, clinging to the mountain, is an Alpine gasthaus—a bit overdone, perhaps, with its red-framed windows and elaborate fretwork, but still genuinely of the Alps. Along the front of the terrace, protecting sightseers from the sheer drop of a thousand feet, is a stout wooden rail 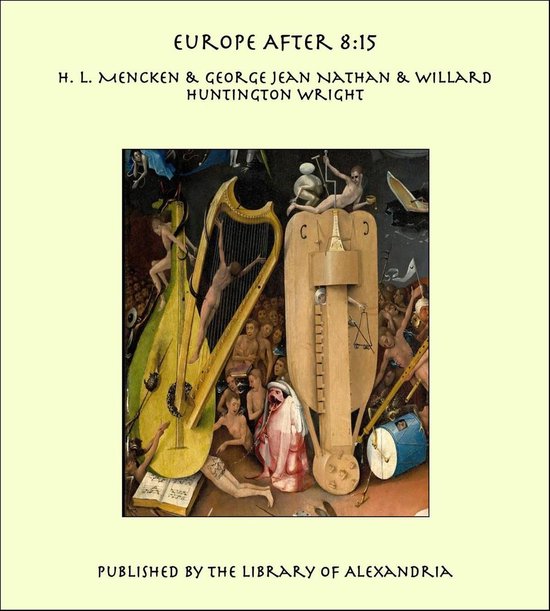