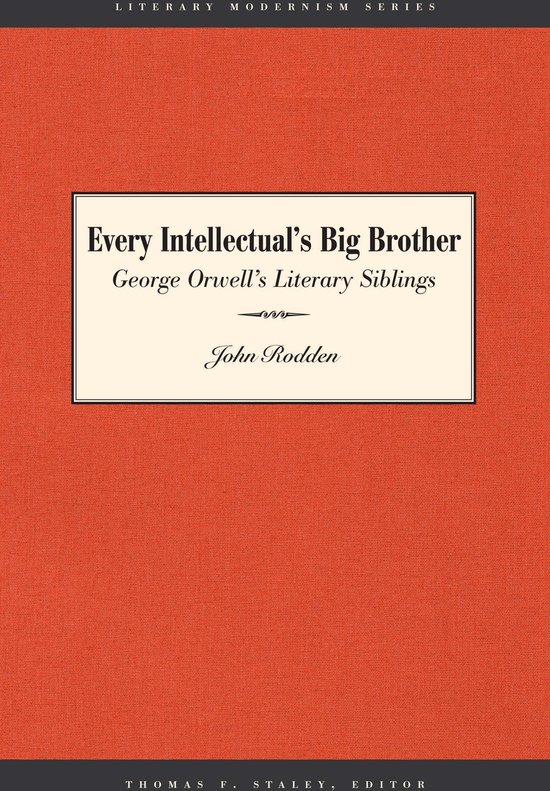 George Orwell has been embraced, adopted, and co-opted by everyone from the far left to the neoconservatives. Each succeeding generation of Anglo-American intellectuals has felt compelled to engage the life, work, and cultural afterlife of Orwell, who is considered by many to have been the foremost political writer of the twentieth century. Every Intellectual's Big Brother explores the ways in which numerous disparate groups, Orwell's intellectual ''siblings,'' have adapted their views of Orwell to fit their own agendas and how in doing so they have changed our perceptions of Orwell himself. By examining the politics of literary reception as a dimension of cultural history, John Rodden gives us a better understanding of Orwell's unique and enduring role in Anglo-American intellectual life.In Part One, Rodden opens the book with a section titled ''Their Orwell, Left and Right,'' which focuses on Orwell's reception by several important literary circles of the latter half of the twentieth century. Beginning with Orwell's own contemporaries, Rodden addresses the ways various intellectual groups of the 1950s responded to Orwell. Rodden then moves on in Part Two to what he calls the ''Orwell Confraternity Today,'' those contemporary intellectuals who have, in various ways, identified themselves with or reacted against Orwell. The author concludes by examining how Orwell's status as an object of admiration and detraction has complicated the way in which he has been perceived by readers since his death.