Every Man Dies, Not Every Man Lives 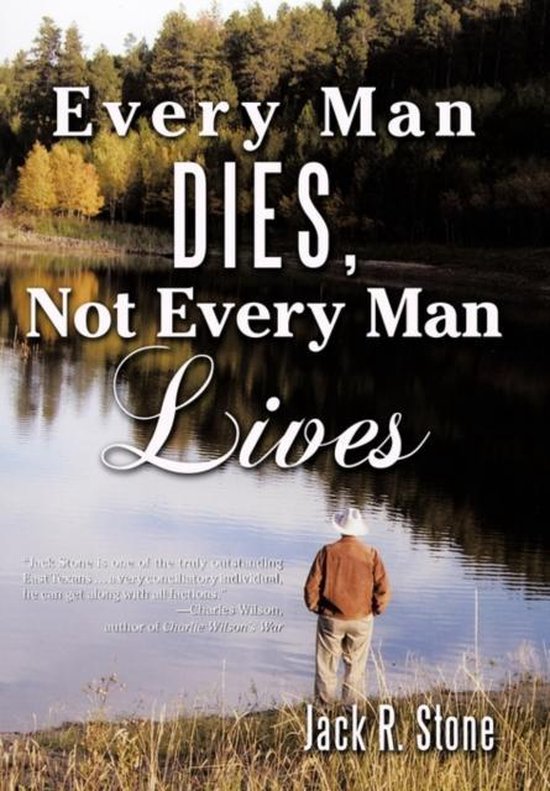 Jack R. Stonelawyer, banker, rancher, big game hunter, and former chairman of the powerful Texas Parks and Wildlife Commissionshares the humorous, informative, and sometimes dangerous events of his life. In Every Man Dies, Not Every Man Lives, he tells war stories from his law practice, dwelling on the sometimes humorous and sometimes enlightening aspects of the law. Stones banking experiences, although detailing both the entertaining and the mundane, also include stories of memorable irate customers and bank robbers pointing a gun in his face and threatening his life. He also shares stories of his political friends, including President Lyndon Johnson; Congressman Charlie Wilson, the main character of the movie Charlie Wilsons War; and other notable statesmen. Stones respect and close relationship with the game wardens and their enforcement of the law played an integral part of his life. An avid sportsman, Stone has had a lifelong interesting in hunting and fishing, notably participating in trophy hunts in Africa. He also supported and continues to support worthwhile conservation and environmental projects. Indomitable and larger then life, Jack Stone has maintained his sense of humor and lust for life. Learn about his fascinating history in Every Man Dies, Not Every Man Lives.