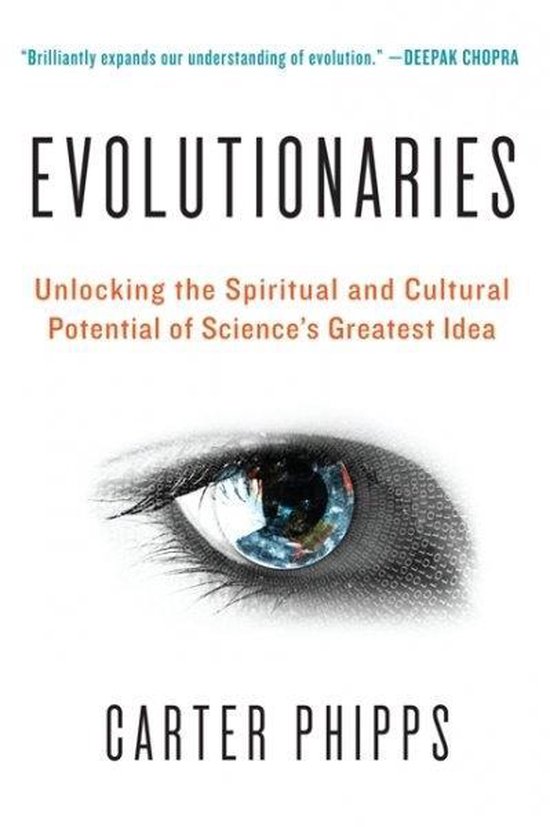 Evolution is the most creative, all-encompassing force in the universe. It has propelled the development of our world from the moment of the Big Bang through the various wonders of human achievement. Yet our discussion of evolution is often narrowly portrayed as a black-and-white debate between two opposing, entrenched camps, Godless Darwinists versus Creationist Fanatics. But into this rigid ideological warzone, a growing movement of bold, visionary thinkers is stepping out, armed with a set of radically unifying ideas that illuminate a new way of understanding of evolution in both scientific and spiritual terms. Carter Phipps calls them Evolutionaries. As the influential executive editor of EnlightenNext magazine, Phipps has made it his life's work to chart the strides in the emerging science and spirituality of evolution. This book will be the first popular guide to the exciting, progressive theories and thinkers that are prompting an explosive expansion of our consciousness about where we come from, who we are, and where we might be going. Is evolution spiritually directed? Does evolution have a purpose? Is human civilization nearing a point where we can take the reigns of evolution into our own hands, consciously shaping our bodies, our psychology, our environment, and our culture? And if so, what road should we take? Offering provocative and inspiring answers to these questions, Evolutionaries reveals a much more nuanced, more challenging, and - most importantly - more accurate picture of how evolution is being perceived in the spiritual, philosophical, and scientific circles at the leading edge of contemporary culture.
Toon meer Toon minder