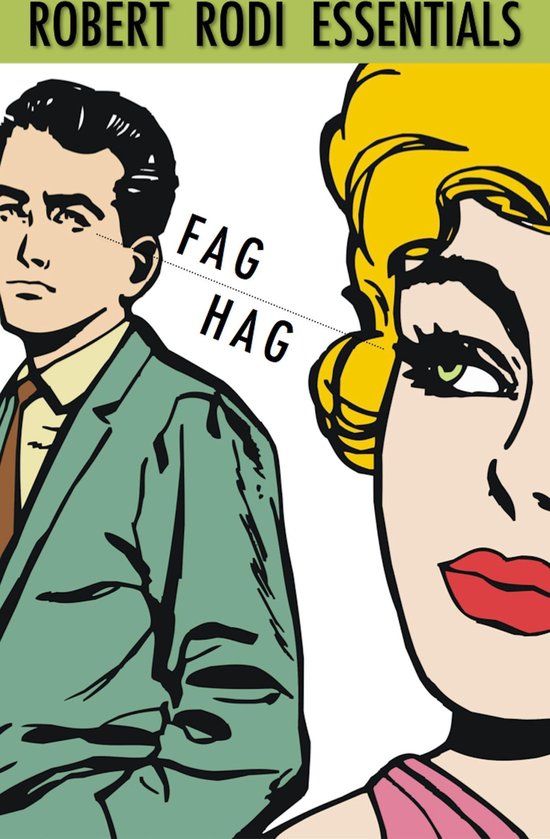 An immediate cult sensation when it was first released in 1992, Fag Hag gave birth to a genre that later reached mainstream popularity in Will and Grace. Long out of print, the novel finally returns for a digital second life—to shock and delight a whole new generation.


Natalie Stathis is a big, flamboyant girl with a big, obsessive crush on a gorgeous gay artist, Peter Leland. She's managed to become his best friend and constant companion, and gleefully uses her influence over him to poison every one of his budding romances—on the principle that when he's run through all the men in town, it'll finally be her turn. But when Peter finds true love in the unlikely arms of Lloyd Hood—a taciturn, gun-toting survivalist—none of Natalie's usual plots and stratagems can separate them. She's forced to throw caution to the wind and discretion out the door, and begin a campaign to win back her man that is actively, even dangerously, criminal. Brazenly irreverent, hilariously caustic, and grippingly suspenseful, Fag Hag is a novel you won't easily forget.


''Absorbing and powerful...Larger-than-life...A one-two punch of outrageous humor and sobering pathos...Succeeds admirably both as satire and as flat-out entertainment.'' - New York Native