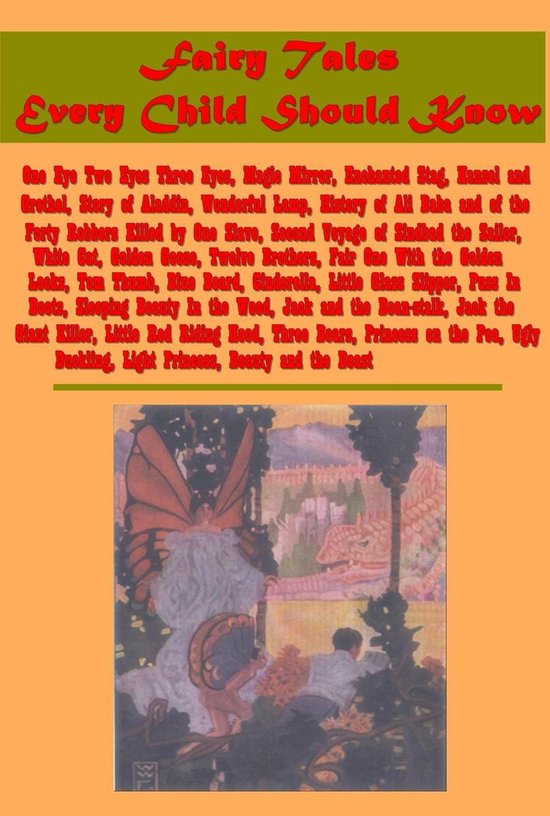 The oldest fairy stories constitute a fascinating introduction to the book of modern science, curiously predicting its discoveries, its uncovering of the resources of the earth and air, its growing control of the tremendous forces which work in earth and air. And it is significant that the recent progress of science is steadily toward what our ancestors would have considered fairy land; for in all the imaginings of the childhood of the race there was nothing more marvellous or more audaciously improbable than the transmission of the accents and modulations of familiar voices through long distances, and the power of communication across leagues of sea without mechanical connections of any kind.
The faculty which created the fairy tale is the same faculty which, supplemented by a broader observation and based on more accurate knowledge, has broadened the range and activities of modern man, made the world accessible to him, enabled him to live in one place but to speak and act in places thousands of miles distant, given him command of colossal forces, and is fast making him rich on a scale which would have seemed incredible to men of a half-century ago. There is nothing in any fairy tale more marvellous and inherently improbable than many of the achievements of scientific observation and invention, and we are only at the beginning of the wonders that lie within the reach of the human spirit!


Contents
One Eye, Two Eyes, Three Eyes
The Magic Mirror
The Enchanted Stag
Hansel and Grethel
The Story of Aladdin; or, The Wonderful Lamp
The History of Ali Baba, and of the Forty Robbers Killed by One Slave
The Second Voyage of Sindbad the Sailor
The White Cat
The Golden Goose
The Twelve Brothers
The Fair One With the Golden Locks
Tom Thumb
Blue Beard
Cinderella; or, the Little Glass Slipper
Puss In Boots
The Sleeping Beauty In the Wood
Jack and the Bean-stalk
Jack the Giant Killer
Little Red Riding Hood
The Three Bears
The Princess on the Pea
The Ugly Duckling
The Light Princess
Beauty and the Beast