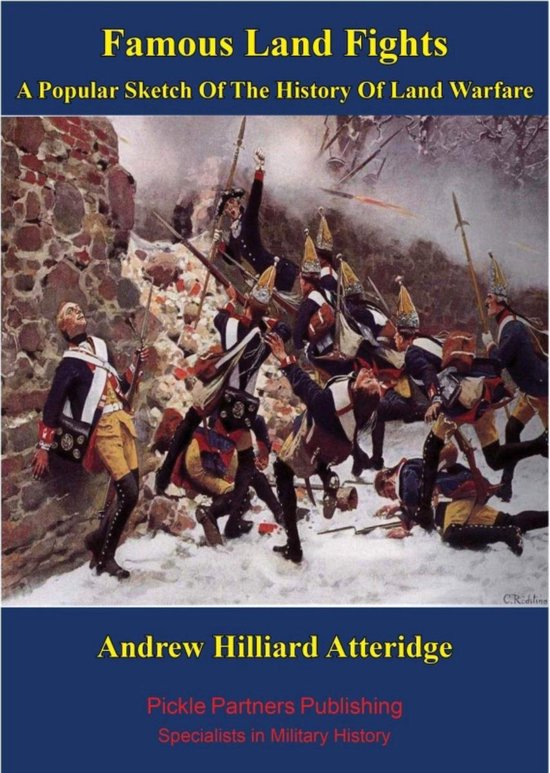 A. H. Atteridge penned many books on the subject of warfare, concentrating mainly on the Napoleonic period and the German army in the run up to the First World War. An acknowledged expert, his writing style is fluid and pacy without losing any of his authoritative knowledge.

The history of warfare has been a subject of continuing fascination throughout the ages. In his own words, the author attempts to provide "a sketch of its progress [the history of warfare], outlined in popular and untechnical language, and illustrated by a series of episodes in that history, intended to show what the fighting on the battlefield was like at various periods."

Progressing from the phalanx of the Greeks to the tortoise of the Roman Legions, the evolution of tactics are charted and discussed; the instruments of war are described in great detail, from the pikes of the Swiss to the rifles and cannons of the Boer War. Passing through such great battles as the Issus, Cannae, Zama, Crecy, Rossbach, Austerlitz, Waterloo, Sadowa and Sedan, the author brings his extensive knowledge to bear. However, it is the experiences of the soldier on these many and varied battlefields that the author brings to the fore and provides a constant motif in any of the progressing chapters.

A gripping account of the many battles of European history.