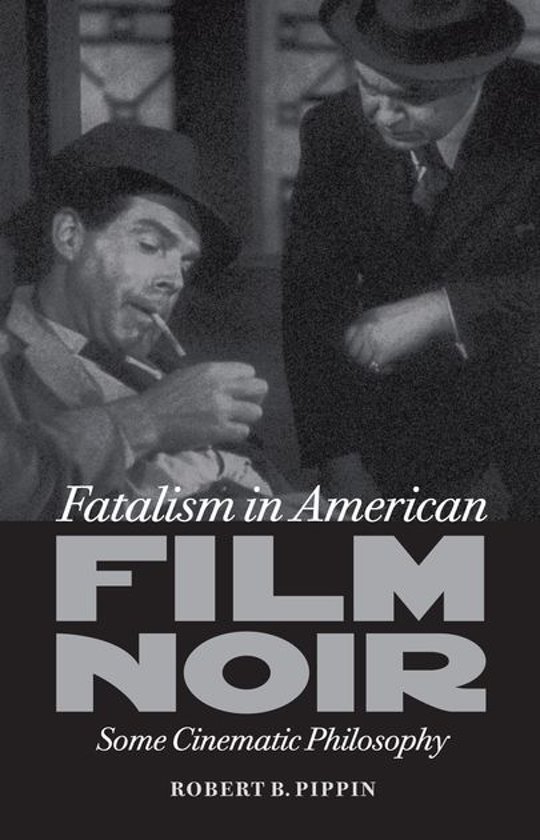 The crime melodramas of the 1940s known now as film noir shared many formal and thematic elements, from unusual camera angles and lighting to moral ambiguity and femmes fatales. In this book Robert Pippin argues that many of these films also raise distinctly philosophical questions. Where most Hollywood films of that era featured reflective individuals living with purpose, taking action and effecting desired consequences, the typical noir protagonist deliberates and plans, only to be confronted by the irrelevance of such deliberation and by results that contrast sharply, often tragically, with his or her intentions or true commitments. Pippin shows how this terrible disconnect sheds light on one of the central issues in modern philosophy--the nature of human agency. How do we distinguish what people do from what merely happens to them? Looking at several film noirs--including close readings of three classics of the genre, Fritz Lang's Scarlet Street, Orson Welles's The Lady from Shanghai, and Jacques Tourneur's Out of the Past--Pippin reveals the ways in which these works explore the declining credibility of individuals as causal centers of agency, and how we live with the acknowledgment of such limitations.

Like tragic figures, the heroes of noir are, or seem, doomed from the start. Pippin... calls into question this accepted view through analyses of three films.... Pippin demonstrates that, far from affirming fatalism, many noir films problematize the view that modern life is lived under the sign of doom. He argues that the very uncertainty of the human condition is the subject of film noir: is an individual's conduct freely chosen or determined by forces he or she does not understand? The three chosen films answer: Maybe we're free. Maybe we're not. Radical uncertainty is where these films take readers and mostly leave them. Pippin's analyses are thoughtful, detailed (even intricate), and challenging. --CHOICE In Fatalism in American Film Noir, Robert Pippin examines popular movies from a philosophical perspective and does not treat them merely as an illustration of ideas but as a way of putting the ideas to the test of concrete cinematic experience. He looks at them thoughtfully and sensitively both as an inquisitive philosopher and as an attentive film critic. An original and illuminating contribution to both philosophy and film studies. --Gilberto Perez, Sarah Lawrence College author of The Material Ghost: Films and Their Medium Robert Pippin has done it again. Hot on the heels of his award-winning book about Westerns, this study of film noir tells the other side of the story, the bleaker, more pessimistic side of the great age of American cinema. Seamlessly blending philosophy, history, and film analysis, it convincingly and powerfully suggests that the crucial function of film noir is to offer a worked-out picture of what life would look like were we to suspect that our most important decisions carry no real weight. With this stunning achievement, Pippin has reconfirmed his position as one of the most important critics of film writing today. --Joshua Landy, Stanford University, coeditor of The Re-Enchantment of the World: Secular Magic in a Rational Age
Toon meer Toon minder