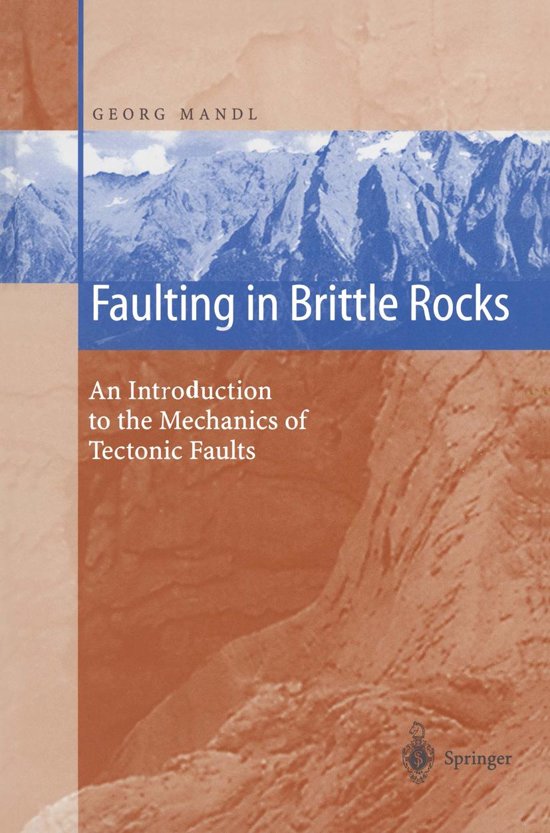 This book provides an introduction into the mechanics of faulting in the brittle crust of the Earth. It developed from my annual two-semester course on tectono mechanics for graduate students of engineering geology and of rock engineering at the Technical University of Graz (Austria). In this course, it is not my task to present a broad exposition and geometrical description of geological structures, but rather to focus on the mechanical processes that produce the structures. Although this was also the aim of my former book ''Mechanics of Tectonic Faulting - Models and Basic Concepts'' (1988, Elsevier), henceforth referred to as MTF, the present book is different in organisation and content, in order to meet the requirements of the courses and to include more recent developments. Instead of following the traditional subdivision into extensional, compressional and strike-slip faulting, the presentation focuses on mechanical aspects of tectonic faulting that are common to various, or even all types of tectonic faults in the brittle regime. In this way, geometrically disparate or dissimilar fault structures may be revealed as closely related by the underlying mechanical process, and complex structures may be better understood. It may be useful to indicate how the chapters in the book are organised. The first three chapters are an introduction to rock mechanics, tailored to applications in geology. It also presents the extremely useful graphical method of Mohr's stress circle, which is freely used throughout the book to keep the mathematics to an absolute minimum.