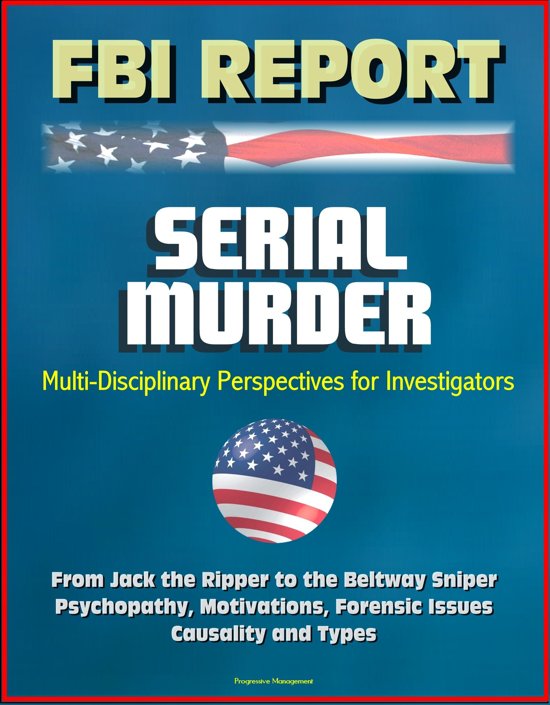 Every day, law enforcement officers across America are called to respond to murders. Each homicide case is tragic, but there are few cases more heartrending and more difficult to understand than serial murder. For years, law enforcement investigators, academics, mental health experts, and the media have studied serial murder, from Jack the Ripper in the late 1800s to the sniper killings in 2002, and from the ''Zodiac Killer'' in California to the ''BTK Killer'' in Kansas. These diverse groups have long attempted to understand the complex issues related to serial murder investigations. Until the Serial Murder Symposium, however, there had been few attempts to reach a consensus on some of these issues. This monograph presents the findings and collective wisdom of a multidisciplinary group of experts, who brought their individual experience and insights to the same table. The FBI is committed to contributing to the understanding of these horrific acts. The FBI's National Center for the Analysis of Violent Crime stands ready to assist our state, local, and international partners. We believe the best way to combat any threat — be it terrorism, gang violence, or serial murder — is to combine our knowledge and resources with those of our partners, and to work as a team.