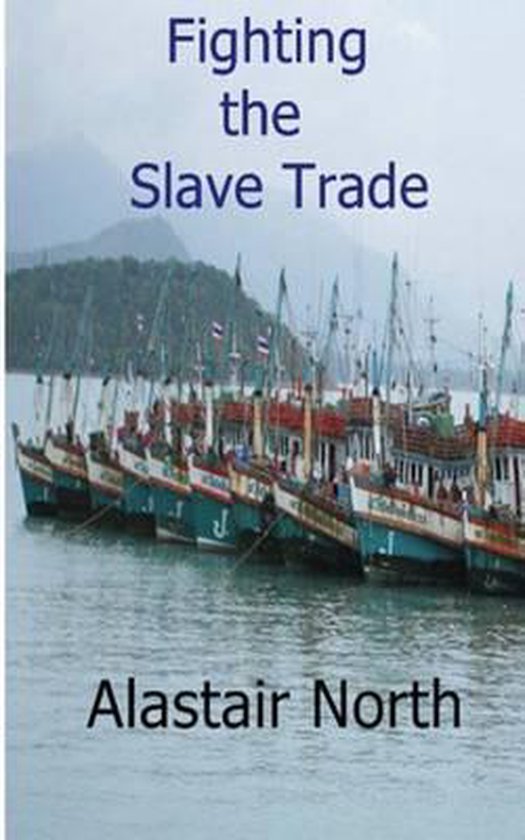 DESCRIPTIONTitleFighting the Slave TradeThe AuthorAlastair North, aged 82, has lived in Thailand for 31 years. He is a former Professor of Physical Chemistry at the University of Strathclyde in Scotland and a former President of the Asian Institute of Technology in Bangkok. Although retired from full-time occupation he is currently a Visiting Professor at Mahidol University in Bangkok.The BookThe British Acting President of an International University in Northeast Thailand becomes entangled with a human trafficking gang. With his help the Thai authorities uncover, and eventually overcome, the gang’s abduction of foreign women for prostitution and of foreign men for modern-day slavery aboard fishing boats. SynopsisMen from Cambodia, Myanmar and Thailand are enslaved, and sometimes murdered, on Thai fishing boats. Girls from Laos, Myanmar and Thailand are abducted and forced to work in brothels. Young women from Uzbekistan are enticed to Thailand to work as prostitutes. Phongsakdi Thanisachachai founds the PT Services Company. He recruits an Uzbek woman as Vice President in charge of abducting women for prostitution and a Cambodian man as Vice President in charge of trafficking men for Thai fishing boats.Two Laotian girls on their way to an International University in Northeast Thailand are abducted by the company and sold to a brothel. However they manage to get word of their predicament to Jerry Thomas, the Acting President of the university. This brings him to the local office of the PT Services Company where he first realises that the “staff placement services” offered by the company are not legal. With the help of his friend, Pisidhi, the deputy Governor of the Province, they manage to rescue the girls. Investigation of the company brings Jerry and his wife, Praporn, into contact with the recruitment of fishermen from Cambodia. That in turn leads them to Yangon in Myanmar. There Praporn is abducted, but taken to the company’s office in Tak in the north of Thailand. With the help of police officers trusted by Warawud, Police Major General in charge of the actions of the Thai National Operation Center on Prevention and Suppression of Human Trafficking, and Pisidhi, Praporn is rescued and the trafficking operations of the Tak office are terminated. Jerry comes into possession of five pink pearls that had been the property of the Ottoman emperor more than a hundred years earlier. These lead him to Turkey while Humchai Nongsawatchakun, a trustworthy police officer in Tak, continues to probe the placement of Burmese girls in Thai brothels. Meanwhile Yuthasak Songsararat, Officer of the Office of the Narcotics Control Board, is investigating the importation of Uzbek prostitutes into northeast Thailand. At the same time the company’s trafficking of fishermen starts to unravel and Phongsakdi becomes gravely concerned about the problems caused by Jerry’s investigations.. So he plans to assassinate Jerry on his return to Thailand. Two such attempts fail and in the second Phongsakdi is arrested. His two Vice Presidents and other members of the gang are also arrested. Warawud now has all the evidence he needs to prove the guilt of all the criminals. Three rescued girls become students in the International University, in which life returns to normal.
Toon meer Toon minder