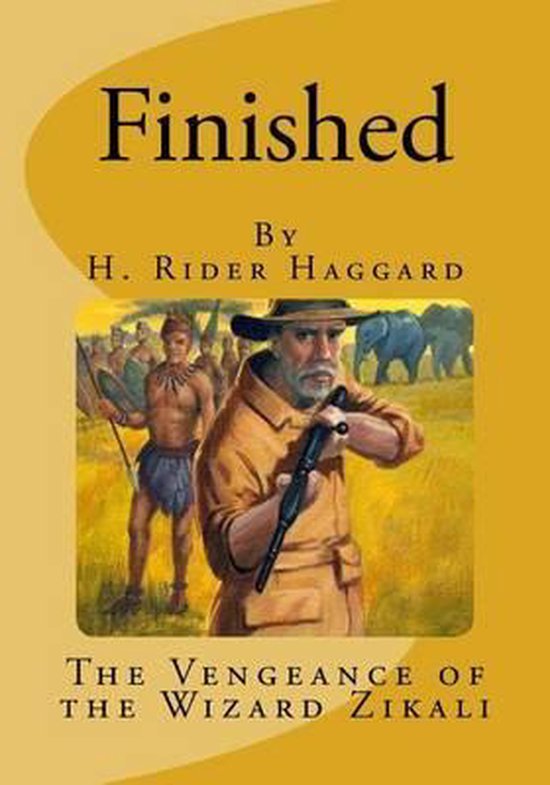 Finished - Allan Quatermain Series - By H. Rider HaggardThis book, although it can be read as a separate story, is the third of the trilogy of which Marie and Child of Storm are the first two parts. It narrates, through the mouth of Allan Quatermain, the consummation of the vengeance of the wizard Zikali, alias The Opener of Roads, or "The-Thing-that-should-never-have-been-born," upon the royal Zulu House of which Senzangacona was the founder and Cetewayo, our enemy in the war of 1879, the last representative who ruled as a king. Although, of course, much is added for the purposes of romance, the main facts of history have been adhered to with some faithfulness.With these the author became acquainted a full generation ago, Fortune having given him a part in the events that preceded the Zulu War. Indeed he believes that with the exception of Colonel Phillips, who, as a lieutenant, commanded the famous escort of twenty-five policemen, he is now the last survivor of the party who, under the leadership of Sir Theophilus Shepstone, or Sompseu as the natives called him from the Zambesi to the Cape, were concerned in the annexation of the Transvaal in 1877. Recently also he has been called upon as a public servant to revisit South Africa and took the opportunity to travel through Zululand, in order to refresh his knowledge of its people, their customs, their mysteries, and better to prepare himself for the writing of this book. Here he stood by the fatal Mount of Isandhlawana which, with some details of the battle, is described in these pages, among the graves of many whom once he knew, Colonels Durnford, Pulleine and others. Also he saw Ulundi's plain where the traces of war still lie thick, and talked with an old Zulu who fought in the attacking Impi until it crumbled away before the fire of the Martinis and shells from the heavy guns. The battle of the Wall of Sheet Iron, he called it, perhaps because of the flashing fence of bayonets.
Toon meer Toon minder