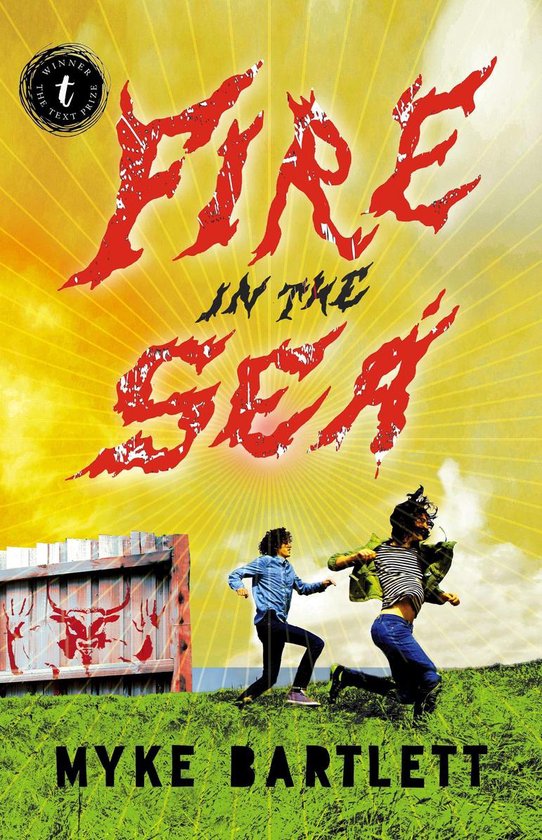 Winner of the TEXT PRIZE FOR YOUNG ADULT AND CHILDREN'S WRITING


Sadie is sixteen and bored with life in Perth. It's summer, and lazing on the beach in the stifling heat is a drag. Then something comes out of the sea.


Dark menacing forms attack an old man, leaving him for dead and Sadie wracking her brains to understand what she saw. Then there's a mysterious inheritance, a strange young man called Jake and a horned beast trampling the back yard.


Sadie finds herself caught in the middle of an ancient conflict that is nearing its final battle, a showdown that threatens to engulf Perth and all those she loves in a furious tsunami.


Fire in the Sea is a fast-paced thrilling adventure with a feisty heroine who is not afraid to fight for what she knows is right.


Myke Bartlett was born in Perth, and spent his first twenty years trying to escape. Like every other young Australian, he fled to London and, like most of them, didn't stay. He currently lives in Melbourne with his wife and a Boston Terrier called Moxy. mykebartlett.com


'Fire in the Sea is a magnificent tale, which young adults aged 13 and up (in particular, fans of Skulduggery Pleasant and Percy Jackson) will enjoy reading.' Bookseller and Publisher


'It's fast paced and exciting, violent at times but emotionally rich and interesting at others...A timely reminder that sometimes when stepping out of your comfort zone you get a rewarding surprise.' Fairfieldbooks On Kids blog


'I really shouldn't be so surprised that another Text Prize novel is incredible, but I am. Fire in the Sea is a fantastic new addition to the Aussie young adult paranormal scene...Myke Bartlett has written a parade of paranormal creatures and a thrilling sea-depths mystery...I, for one, hope that this is just the first of many more novels from an interesting new Aussie YA voice. 5/5' Alpha Reader blog


'A thrilling adventure with a Katniss Everdeen-style heroine...this is one showdown you won't forget in a hurry!' Dolly Magazine


'Fire in the Sea is a fantastic, action-packed adventure, blending the Australian setting of Perth with ancient mythology - definitely a book to check out if you're a fan of Australian YA or paranormal stories.' Vegan YA Nerds