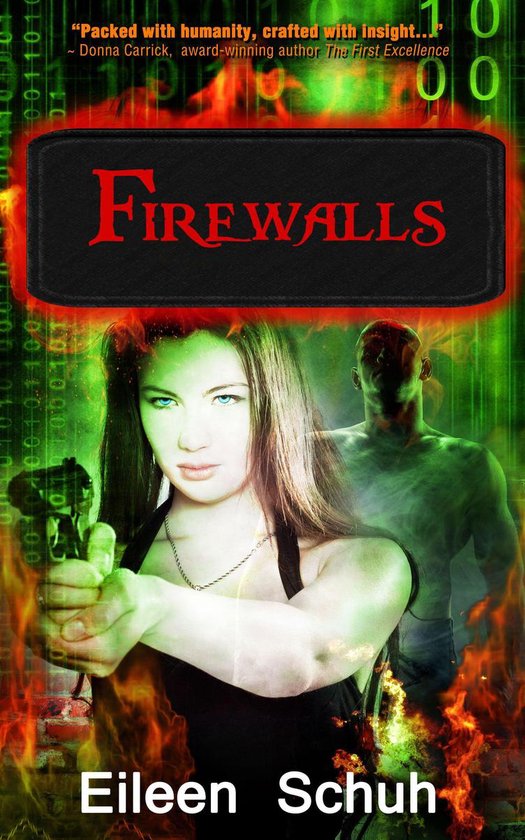 She's loved him since the beginning of time, but so much has happened since Corporal Chad Leslie rescued her as a wayward teen from the clutches of The Traz biker gang. He's now her superior officer, fifteen years her senior...and married. Even if things were to change, young Constable Katrina Randal may be hurting way too much to accept his love.

While working with the Alberta Police force, Katrina has become a master at breaking through computer security in her pursuit of cybercrime but when the criminals behind the firewalls turn out to be villains from her past, her job takes on a much more dangerous tone.

Obsessed with haunting memories and wracked by emotions she sometimes can't name, her nightmarish ordeal turns uglier as she ignores orders and takes to the street to lure the criminals from the shadows of cyberspace to face justice.

Imprisoned by dark thoughts and dangerous behaviours, it's not until her career is in shambles that she realizes that neither her war against crime nor her struggle with Post Traumatic Stress are battles she can win alone. However, the walls she's built to protect her heart from pain and betrayal, don't tumble easily. As she slides deeper into the darkness, she fears she's waited too long to trust and love; her criminal associates from the past are on the verge of stealing her future and Corporal Chad Leslie is mere steps away from walking out of her life forever.