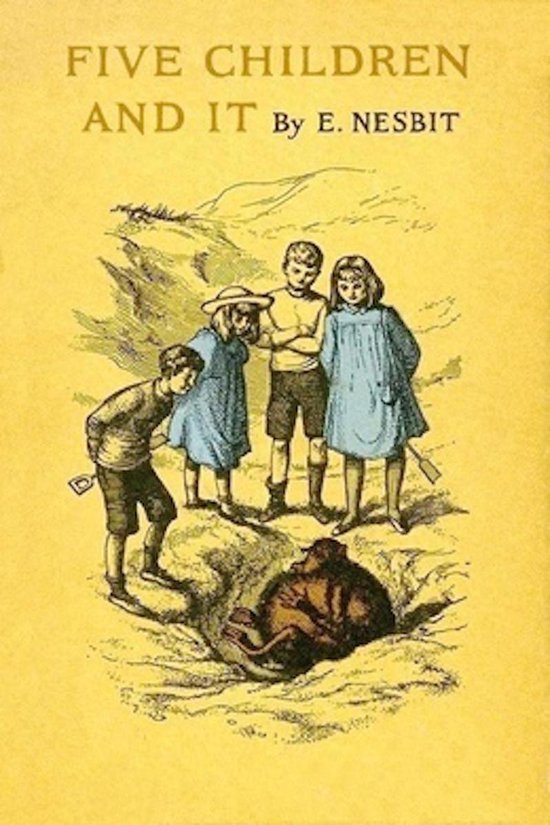 The house was three miles from the station, but, before the dusty hired hack had rattled along for five minutes, the children began to put their heads out of the carriage window and say, ''Aren't we nearly there?'' And every time they passed a house, which was not very often, they all said, ''Oh, is this it?'' But it never was, till they reached the very top of the hill, just past the chalk–quarry and before you come to the gravel–pit. And then there was a white house with a green garden and an orchard beyond, and mother said, ''Here we are!''


''It is rather decent,'' Cyril admitted.


The Baby said, ''Wanty go walky;'' and the hack stopped with a last rattle and jolt.


Everyone got its legs kicked or its feet trodden on in the scramble to get out of the carriage that very minute, but no one seemed to mind. Mother, curiously enough, was in no hurry to get out; and even when she had come down slowly and by the step, and with no jump at all, she seemed to wish to see the boxes carried in, and even to pay the driver, instead of joining in that first glorious rush round the garden and orchard and the thorny, thistly, briery, brambly wilderness beyond the broken gate and the dry fountain at the side of the house. But the children were wiser, for once. It was not really a pretty house at all; it was quite ordinary, and mother thought it was rather inconvenient, and was quite annoyed at there being no shelves, to speak of, and hardly a cupboard in the place. Father used to say that the iron–work on the roof and coping was like an architect's nightmare. But the house was deep in the country, with no other house in sight, and the children had been in London for two years, without so much as once going to the seaside even for a day by an excursion train, and so the White House seemed to them a sort of Fairy Palace set down in an Earthly Paradise. For London is like prison for children, especially if their relations are not rich.