Five for the Future All New Novelettes of Tomorrow and Beyond 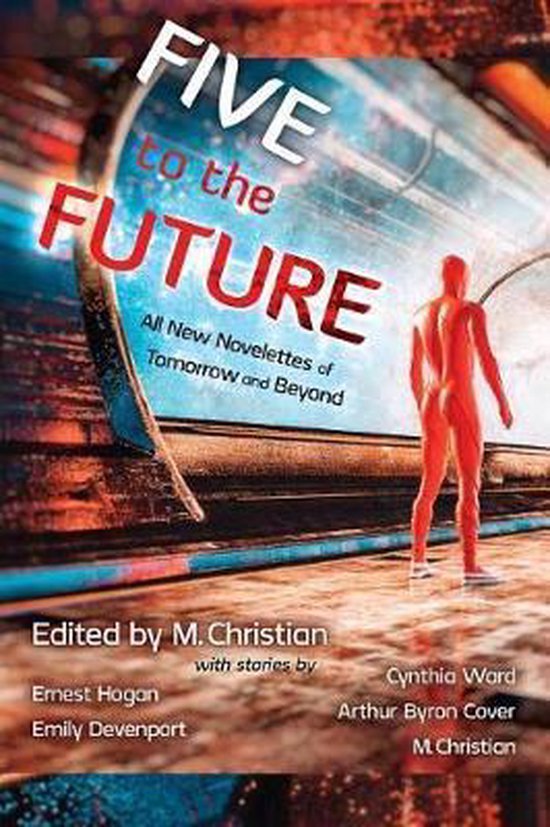 5 THRILLING PEEKS INTO THE FUTURE FROM 5 VISIONARY WRITERS!What will tomorrow look like? Here are five speculative answers from top science fiction authors.Another outrageous act of science fiction by self-described “recombocultural Chicano mutant” Ernest Hogan, a soul-touching tale of furry friends and bittersweet affection by Emily Devenport, a neon-highlighted '80s love letter to a classic anime by Cynthia Ward, a multi-dimensionally kaleidoscopic tale of love beyond reality by Arthur Byron Cover, and M.Christian’s standout novelette about the Soviet-era practice of smuggling Western music impressed onto discarded X-rays.The contributors:M.Christian‘s published fiction includes science fiction, fantasy, horror, thrillers, erotica and even non-fiction. His fantasy and science fiction have appeared in Talebones, Space & Time Magazine, Skull Full of Spurs, Graven Images, Horror Garage, Song of Cthulhu, and other science fantasy publications. The best of his short SF/H/F has been published in the collection Love Without Gun Control. Multiple Hugo and Nebula winner Mike Resnick has hailed M.Christian’s sf as ''unique and truly fascinating.'' In addition to writing, he is a prolific and respected anthologist whose credits include The Mammoth Book of Future Cops and The Mammoth Book of Tales of the Road (with Maxim Jakubowksi), and many more.Arthur Byron Cover is the author of the Nebula-nominee novel Autumn Angels, part of his Great Mystery trilogy, a saga of godlike men—which also includes An East Wind Coming, a novel pitting Sherlock Holmes against Jack the Ripper. His short stories have been widely anthologized, and often selected for The Year’s Best Horror Stories and other collections. He has also written works set in the Buffyverse and in Asimov’s Foundation Universe.Emily Devenport is the author of Shade, Larissa, Scorpianne, EggHeads, The Kronos Condition, GodHeads, Broken Time (which was nominated for the Philip K. Dick Award), Belarus, and Enemies. Her newest novels, The Night Shifters and Spirits of Glory, are in ebook form on Amazon, Smashwords, and more. She is currently working on a novel based on her popular novelette, “The Servant.” Her short stories were published in Asimov’s Science Fiction, Full Spectrum, The Mammoth Book of Kaiju, Uncanny, Cicada, Science Fiction World, Clarkesworld, and Aboriginal SF, whose readers voted her a Boomerang Award (which turned out to be an actual boomerang).Ernest Hogan is a six-foot tall Aztec leprechaun who was born in East LA back in the Atomic Age. Because he is the author of High Aztech, Smoking Mirror Blues, and Cortez on Jupiter, he is considered to be the Father of Chicano Science Fiction. His short fiction has appeared in Amazing Stories, Analog, Science Fiction Age, and many other publications.Cynthia Ward has published stories in Asimov's Science Fiction, Shattered Prism, Weird Tales, Athena's Daughters (Silence in the Library Publishing), and other anthologies and magazines. Her stories ''Norms'' and ''#rising'' made the Tangent Online Recommended Reading List for 2011 and 2014. She edited the anthologies Lost Trails: Forgotten Tales of the Weird West Volumes One and Two for WolfSinger Publications. Her short alternate-history novel, The Adventure of the Incognita Countess, is now available from Aqueduct Press.These prescient and creative minds join forces to offer you a don't-miss anthology of the year!
Toon meer Toon minder