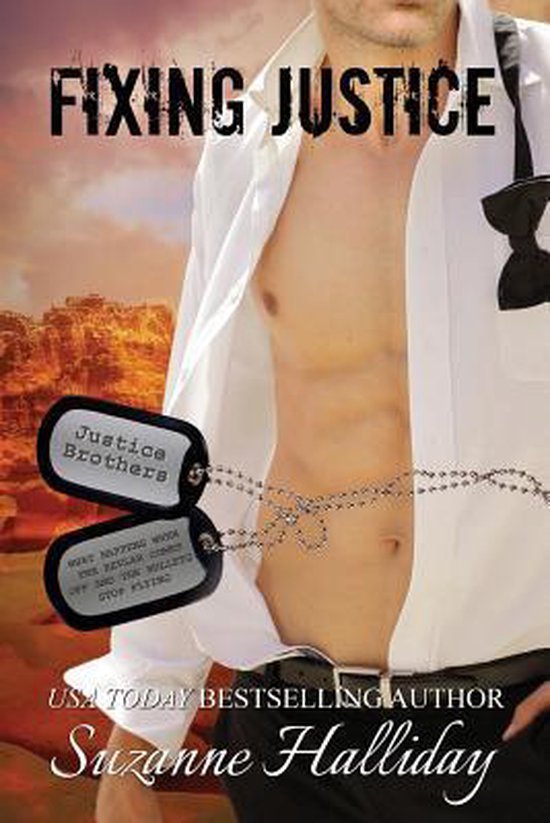 Sometimes the last thing you need is exactly what you get… He’s the sexy 007 type complete with tuxedo and an icy blue stare. She’s a tom-boy waif who’s more nerd than goddess. When Tori Bennett ends up at the Justice Brothers compound in the Arizona desert, she’s running away from an epic scandal with her in the starring role as whistleblower. She’d had enough of powerful, arrogant men, and just wanted to fly off the radar for a while and get her confidence back. Draegyn St. John was all that and then some…and he knew it. As if being a trust-fund kid with the blonde good looks of a Nordic god wasn’t enough, he was also a Special Forces Vet with a serious attitude. Women fell at his feet. It wasn’t even a challenge. Until Victoria Bennett comes along and rocks his high and mighty world in a very big way. Sparks fly each time they meet. When an agency crisis throws them together on an out-of-town trip, their business relationship becomes personal in a hurry. For Drae, it’s an itch he needs to scratch and for Tori, it’s a flat out case of lust. No harm, no foul, right? Find out what happens when her smart mouth and refusal to take anybody’s crap meets his powerful arrogance. When what happened in Vegas, didn’t stay in Vegas,everyone is in for one shock after another!
Toon meer Toon minder