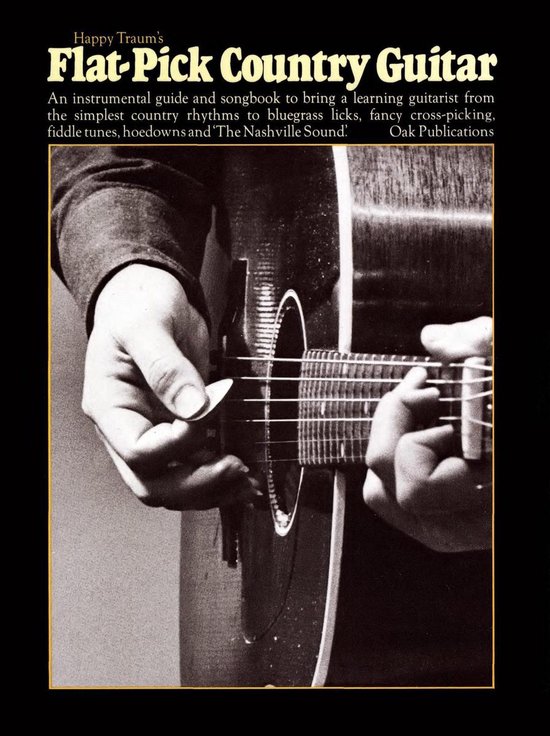 Of all the styles of folk guitar, the most familiar is known by a variety of names, such as Carter Family Style, The Church Lick (Woody Guthrie), The Country Lick, or just plain Flat-Pickin'. Whatever its name, though, the foot-tapping boom-chicka, boom-chicka rhythm is as ubiquitous as country music itself; it was played by cowboy balladeers, old-time southern mountaineers, Gene Autry, Woody Guthrie, Hank Williams, The Carter Family . . . well, the list could go on and on. More recently, the art of country flat-picking has been raised to a higher level of virtuosity and skill by pickers such as Doc Watson, Clarence White, and the great Nashville studio musicians. Flat-picking can be as simple or as complicated as you want to make it, and that is what this book is all about.


Flat-Pick Country Guitar starts with the simplest strums, and gradually introduces techniques such as bass runs, hammer-ons, and pull-offs, preparing the student for more advanced techniques and at the same time teaching him some fine traditional country songs. Before he is halfway through this book, he will be playing melody breaks with chord accompaniment, and by the time he works his way through to the end he will be playing fiddle tunes, hoedowns, bluegrass licks, fancy cross-picking, and some more modern string-bending techniques known as "The Nashville Sound."


This book is a first of its kind to focus on the whole range of styles that go by the name Flat-picking. Though this book includes a variety of instrumental runs, breaks, and solos, its main emphasis is on flat-picking as an accompaniment—within a string band, bluegrass ensemble, or country rock group, or behind a vocalist (with or without a back-up guitar).