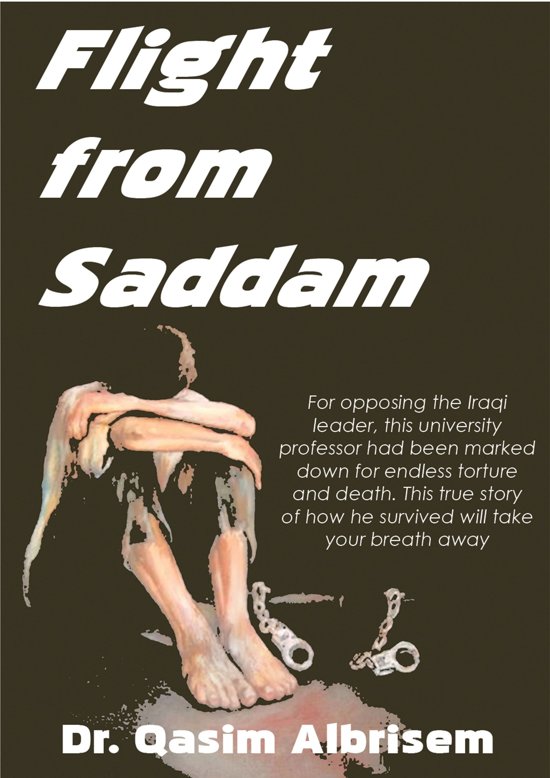 If there was to be one word in Arabic to describe Hell on earth, perhaps it would be Alradwania. For at the prison there, men turned into monsters. They unleashed terror and suffering on an unimaginable scale. Hell is a mythical concept in religion, but the pain and death endured by the captives at this Baghdad prison was very much of this earth.
Countless thousands of ordinary Iraqis were taken from their homes or picked up off the streets and thrown into Alradwania Prison in 1991. Most met a hideous death, the lucky ones were executed. A few survived, seemingly against all odds, but of the survivors only one was a university professor and writer. That man was Dr Qasim Albrisem.
He recorded the actual events that took place there by etching every incident, every detail into his memory. No pen or paper existed for the prisoners. There was only the concrete wall of the cell where detainees could engrave their memories, sufferings and dates by their fingernails.
Qasim Albrisem was for some time too terrified to write even a single line about his ordeal in prison because of the "Execution Declarations' that he had signed in Iraq immediately after his release. These declarations were gagging orders enforced by threat of summary execution.
In Alradwania, he survived extreme physical and psychological punishment; hunger, isolation and profound despair. He suffered alongside hundreds of his comrades under torture and cried with them as their lives ebbed away. He recovered from numerous beatings, electric shock treatment, from being shackled in a basement cell with only a poisonous snake for company, and numerous privations that turned him into little more than a living skeleton. Then, he made a daring escape across the desert and ultimately to freedom in England where he was able to tell this gripping true story.