Flight of the Tarantula Hawk - A Lance Underphal Mystery 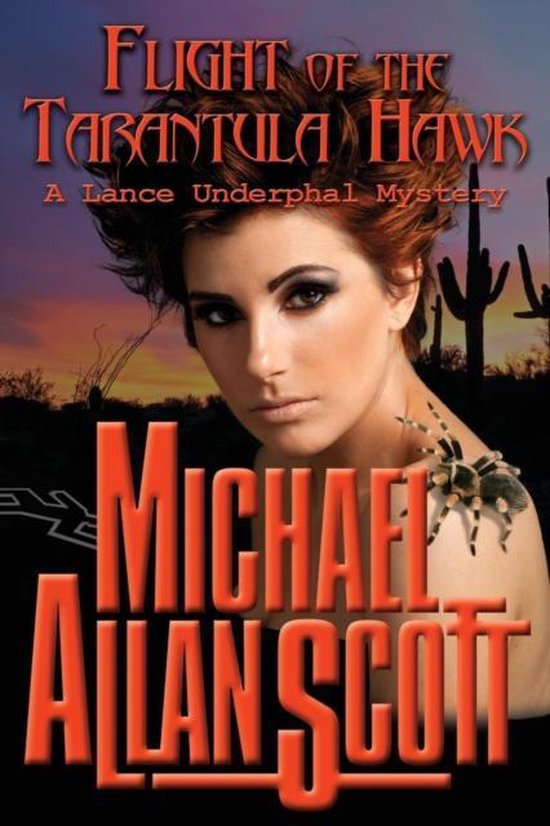 A contemporary mystery and thriller with a paranormal twist. New and different, the second book in the Lance Underphal Mystery series will keep you guessing . . . TAILSPIN INTO MURDER - Recovering from a psychotic break, Realtor Carla Simon has her first showing in nearly eighteen months. When Carla's buyer pins her against the wall, it turns out to be the last house she'll ever show. Lance Underphal attempts to bury his psychic curse alongside his troubled past. But when cryptic nightmares begin to plague him, Lance knows his struggles with the supernatural are far from over. Homicide Detective Frank Salmon drags the reluctant psychic into the investigation. Underphal clues him in-this psycho is just getting started. Salmon's manhunt ratchets up as Underphal's predictions come to pass. A wild ride full of twists and turns, from a Goth-fest gone wrong to a shiny new morgue, they grapple with demons real and imagined. As his dead wife Sonja whispers words of warning, Lance comes face to face with the murderer fresh from a kill. It's only then he discovers it's the murderer who's stalking him. Lance wrestles with grim choices: Give up the chase and abandon his friends, or immerse himself in the killer's dark past and risk annihilation. Lance's only shot at redemption-face the horror and reveal its source. This murder mystery is not for everyone. Take a Look Inside before you buy. AUTHOR COMMENTS - "Like a good movie, I want readers visualizing the mystery, living in the characters' skins, savoring the story's twists and turns-keeping them guessing until the end." "People love a good mystery book. And in today's turbulent times, there's no shortage of raw material." "I strive to expose crime for what it is, exploring all aspects of the human condition and the often bizarre reactions of people coping with crime's devastation." "My job, as I see it, is to surprise you-weave a mysterious tale . . . more entertaining than you are expecting."
Toon meer Toon minder