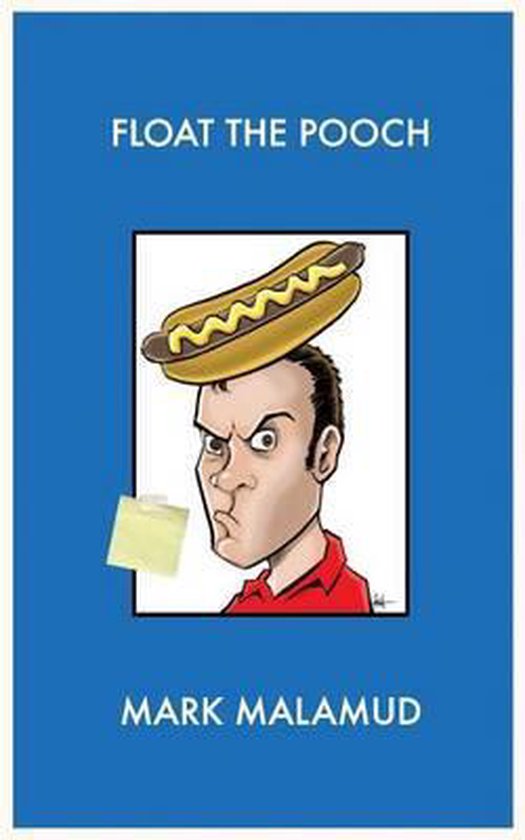 
Disco Rigido, charismatic kingpin of black-market libidinal software, spreads mayhem throughout the world for the benefit of an ancient extraterrestrial intelligence that uses life on Earth as a substrate for procreation; while Doctor Memory, a back-alley neurosurgeon dressed as a rabbi, tries to save what's left of humanity.

FLOAT THE POOCH is an exuberant, surreal trip down the dark and squirrelly streets of the future. Turn left and you're in the gutter, looking at the stars. Turn right, you're in the stars, staring back at the gutter. And sometimes, no matter which way you go, you end up right back where you started. Seamlessly interweaving elements of an all-too-real future with mind-bending inventions and hallucinogenic flourishes, Mark Malamud has written a novel that folds back on itself. Whether prophesy, warning, or creation myth, it is mesmerizing, hilarious, and utterly original.

"The end of the Anthropocene is here, and it has never been more absurd." -Dr. John Hardin

"In the not-too-distant future, America is a corporate state whose cities are crumbling from the inside out, Disney is a religion whose adherents are as likely to wear Mouse ears as they are to terror-bomb Nike stores, and sex - thanks to a new drug of extraterrestrial origin - is the death of us all." - Dean Bonello