Fly on the Wall A Fly Moscone Mystery 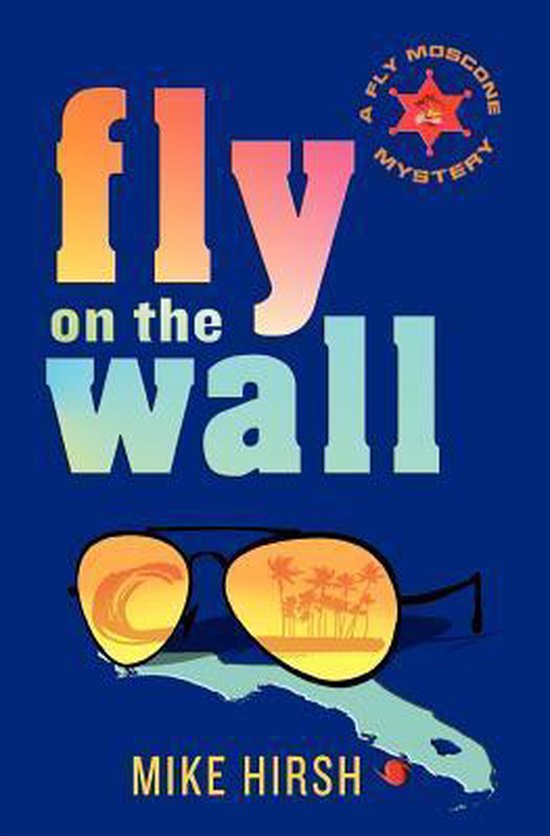 Meet volunteer sheriff's deputy Paul ''Fly'' Moscone and his buddy Jinx--a recovering journalist. When Hurricane Charley whacks Punta Gorda upside the head and wealthy John Catlett is found dead in his penthouse condo, it looks like an accident. But Fly isn't so sure. The guy was an art collector and an original Picasso is missing from this wall. Did someone use the hurricane as cover to off Catlett? Meanwhile, who the heck is shooting at all the insurance adjusters swarming through town? And whatever happened to the free chips and salsa at Dean's? With Fly and Jinx busting each other's chops and battling it out to narrate the story, Fly has an existential crisis. Turns out life is made up of shades of gray...even when driving a black-and-white.


With a jigger of Carl Hiaasen, a snort of Robert Crais, and perhaps a shot or two of Jimmy Buffett, Fly on the Wall is a fun Florida mystery. You'll laugh, you'll cry, you'll run to make sure your homeowner's insurance premium is paid.


''Together, Fly and Mr. Jinx are a hugely funny duo, somewhat reminiscent of Hope and Crosby in their 1940's road movies. Though there are some very sobering moments as Hurricane Charley makes landfall in Charlotte County, overall the book is light in tone, presenting a tongue-in-cheek depiction of life in the aftermath of a major disaster.Hirsh also deals perfectly with those great mysteries of life. Things like, why didn't the insurance adjuster show up when he said he would? And, why don't they just write us a check? A sparkling read, light, easy, and full of fun. Fly on the Wall only serves to prove that even in the worst of disasters humor can be found. All one need do is look.'' --Linda Fasulo on WGCU/Fort Myers, Florida Public Radio


''In the aftermath of Hurricane Charley, human nature rears its ugly head. The vulnerable citizens of Punta Gorda work their way through the chaos and destruction of the storm, only to be preyed upon by their fellow man. There is a murder to solve, insurance fraud to uncover and a sense of community to restore. As they look back on it, wise-cracking Paul ''Fly'' Moscone, retired North Jersey computer salesman and now volunteer deputy in the county sheriff's office, and his friend Bill ''Jinx'' Shiffman, a former journalist from L.A., banter and bicker through a beautiful day on Fly's yacht with new friends who form a captive audience. The telling of the tale is colored by wit and humor as Mike Hirsh, through his keen sense of place, suspenseful dual narration and riotous characterizations, gets it done. Though Fly and Jinx are good friends and almost inseparable, their relationship depends on trading insults nonstop. Much of the verbal humor in this novel depends on this ''ball-busting'' competition. As they take turns driving Fly's boat and telling their story of the hurricane, they delight in challenging one another's manhood. Readers will discover the deep respect that lies under the spirited digs and jibes. Fly is the central figure. He is the one who comes across two potential crimes in the aftermath of Charley. Responding to a complaint that blood is leaking through a condo-dweller's ceiling, he climbs up to the penthouse above and finds that the owner had bled out after being wounded by a shard of glass. Was this fatal injury from the storm? Fly sees signs of foul play and thinks murder is a possibility. A bit later on, he discovers something else that's fishy in that luxury condo: A very valuable Picasso drawing that should be there is missing. He knows where it is and rather easily discovers the culprit, but the outcome of his investigation is still quite surprising and reveals unexpected aspects of Fly's character. Meanwhile, insurance fraud is rampant. Representing the sheriff's office, Fly accompanies a shrewd investigator on a few cases. He learns a lot from this man, Vin, and the reader learns a lot about the way the insurance industry handles suspect disaster claims. Fly is enraged at how people who are otherwise law-abiding citizens can have no qualms about attempting to rip off an insurance company. It's amazing how they will lie and lie, even as all the evidence exposes their deceit. And of course, many people are disappointed with the slow processing of claims and the unexpectedly low payoffs. Claim investigators might as well have targets painted on their backs. In fact, another of Fly's cases involves the murder of an insurance claims adjuster. Fly and Vin go out together in the hopes of catching the killer just before he commits a repeat murder. Fly on the Wall is as much a portrait of a community in crisis as it is a comic study in personalities. Beginning with descriptions of people reacting to the threat of the storm, continuing with vivid imagery of its approach and destructive action, and moving on to the victims' attempts to put their lives back together again, Mr. Hirsh allows us to share the whole range of emotions that natural disasters can trigger. And yet he somehow keeps it light. Mr. Hirsh's genius involves reminding us that humor is a survival skill. When Fly and Jinx urgently insist that they must live by ''Man Rules'' (always siding with other husbands and never with their wives), we understand that this version of the battle of the sexes involves, paradoxically, men who care very much for their wives' happiness and peace of mind. Men and women will smile with familiarity at the way the author paints the relationship between Fly, who needs at this time in his life to do some good in the world, and Sophia, who can't bear the thought of him putting himself at risk. The author is unerring in deciding what each will say, and what each won't say. Be in the know. Pick up (or download) your copy and tell your friends how much you like it. Then there might be a second ''Fly Moscone Mystery.''


— Phil Jason, Ph.D., United States Naval Academy professor emeritus of English, is a poet, critic and freelance writer with 20 books to his credit, including several studies of war literature and a creative writing text.


A Chicago native and lifelong journalist, Mike Hirsh served as an Army combat correspondent with the 25th Infantry Division in Vietnam. He spent most of his professional life in non-fiction television, reporting, producing, writing, and directing documentaries and specials that aired on PBS, CBS, ABC and HBO. Among the programs he's produced are the twentieth anniversary special "Memories of M*A*S*H," a series on the prevention of child sexual abuse, documentaries on the American funeral in-dustry, teen pregnancy, political advertising, television censorship and college suicide.


He's received the Peabody and Writers Guild Awards, the 2010 Vietnam Veterans of America Excel-lence in the Arts Award, as well as many other honors that his wife, Karen, says she's tired of dusting. He's written seven non-fiction books. Fly on the Wall is his first novel. He and Karen live in Punta Gorda, Florida, and quite often run into Fly and Mr. Jinx at Dean's South of the Border.
Toon meer Toon minder