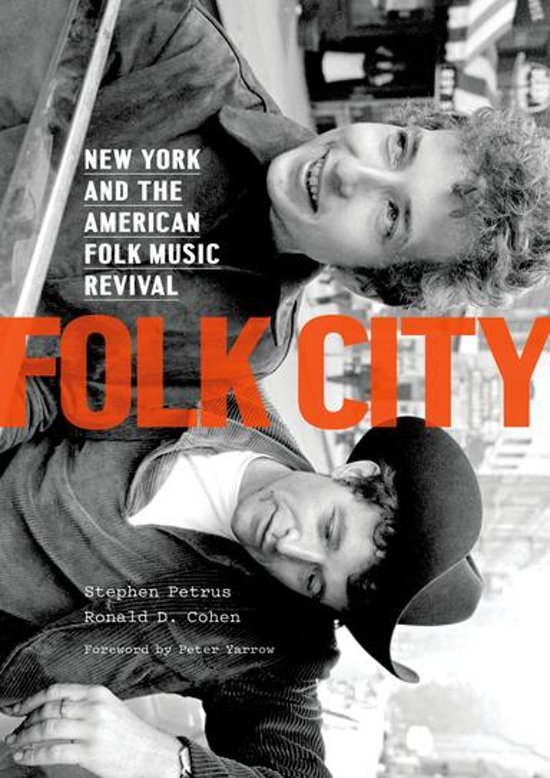 From Washington Square Park and the Gaslight Café to WNYC Radio and Folkways Records, New York City's cultural, artistic, and commercial assets helped to shape a distinctively urban breeding ground for the folk music revival of the 1950s and 60s. Folk City explores New York's central role in fueling the nationwide craze for folk music in postwar America. It involves the efforts of record company producers and executives, club owners, concert promoters, festival organizers, musicologists, agents and managers, editors and writers - and, of course, musicians and audiences. In Folk City, authors Stephen Petrus and Ron Cohen capture the exuberance of the times and introduce readers to a host of characters who brought a new style to the biggest audience in the history of popular music. Among the savvy New York entrepreneurs committed to promoting folk music were Izzy Young of the Folklore Center, Mike Porco of Gerde's Folk City, and John Hammond of Columbia Records. While these and other businessmen developed commercial networks for musicians, the performance venues provided the artists space to test their mettle. The authors portray Village coffee houses not simply as lively venues but as incubators of a burgeoning counterculture, where artists from diverse backgrounds honed their performance techniques and challenged social conventions. Accessible and engaging, fresh and provocative, rich in anecdotes and primary sources, Folk City is lavishly illustrated with images collected for the accompanying major exhibition at the Museum of the City of New York in 2015.
Toon meer Toon minder

magnificent ... a rich tapestry. * Liz Thomson, fRoots * One of the strongest aspects of Folk City is that Stephen Petrus and Ronald D. Cohen are not unduly fixated on Dylan as the most famous of the Greenwich Village singers, restricting him to a finely inflected closing chapter. Instead the trace the emergence of the folk revival from informal sing-alongs in Washington Square Park, through the rise of socially aware groups and labels such as the Almanac Singers and Folkways, to the emergence of a distinct club scene at Gaslight, Cafe Wha?...It comes close to being a complete social history of a vital, but ultimately tragic moment. * Brian Morton, The Times Literary Supplement * Folk City is an excellent book, important not only as a history of folk music but as a significant contribution to urban history as well. * Michael Marino, Popular Music and Society *
Toon meer Toon minder