Football Linemen The Center, Guard, Tackle & Ends: Written Over a Century Ago by 3 Hall of Fame Coaches and the Man Who Invented the Flying Wedge 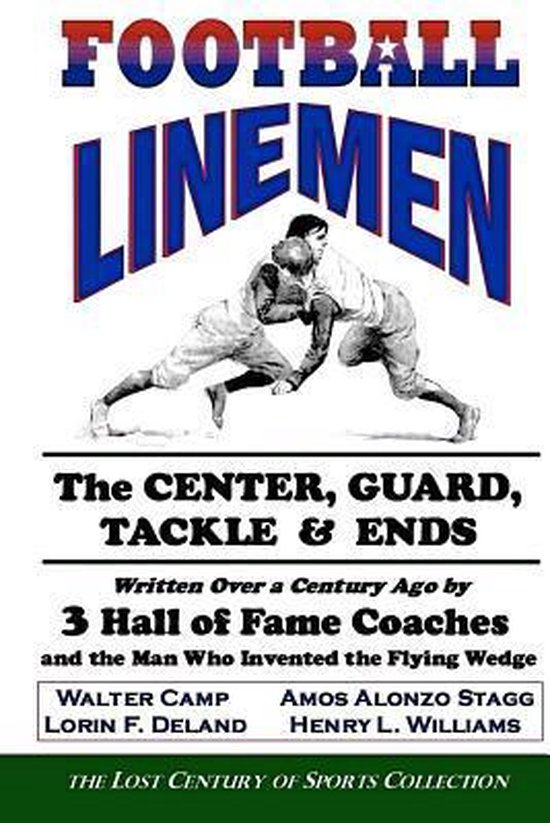 This volume contains the chapters about linemen from the first three major books ever written about modern football, by three Hall of Fame coaches and the man who invented the flying wedge:

The sport has changed in significant ways since then, but the fundamentals of the game remain intact and their profound coaching wisdom is timeless and relevant today.

The text is enlivened by more than 75 rare vintage images of linemen in action, originally published in newspapers and magazines from 1857 to 1900.

The original books were written during an era when players played the entire game without substitution. As a result, the descriptions of player positions mingled the responsibilities of what are now three separate and specialized offensive, defensive, and special teams platoons.

The offensive backs were also defensive backs, punters, place-kickers, and kick-returners. The quarterback played a linebacker position (“rush line back”) on defense. Linemen (also called “forwards” and “rushers”) likewise played both offense and defense. The offensive tackle was sometimes used as a ball-carrier.

This confusion is clarified in this updated version which separates and categorizes the responsibilities into offensive and defensive platoons to fit today’s game.