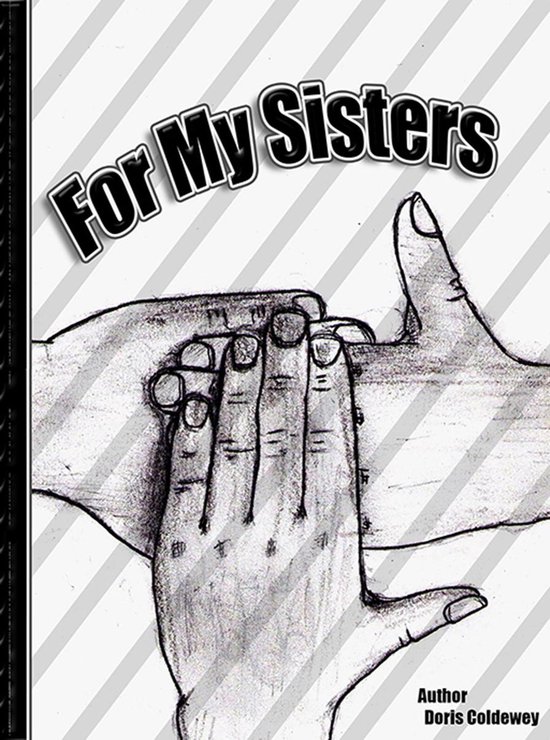 This is a story about my mother, father and my three sisters. Mary and Clark are my mother and father. Mary and Clark Collins loved each other dearly but the influences Mary tried to overcome were her family's hatred for her husband not to mention that they are first cousins. Mary and Clark have always loved each other from the day Mary was born. Clark was always there looking out for little Mary. Money was scarce and times were hard. Mary and Clark were raised during the Great Depression. Clark hated school and skipped as often as he could get away with it.
Clark did not know the word "No" he just took what he wanted no matter the cost. He also was a ladies' man. He could not be faithful to one women it was just was not his nature. Clark was a man's man rugged yet very good looking. He had baby blue eyes that could pierce right through any woman. When Clark looked at women with his baby blues, they just melted. Mary was a very loving and caring person. She only saw the good in people as she did in Clark. She loved him unconditionally.
Mary was a beautiful woman who stood 5 ft. tall and had green eyes, auburn hair and pointed red lips. She was a very soft-spoken person who loved to sing. Mary would give you the shirt off her back if you needed it. She never met a strange and she always put others before her-self. She was a beautiful woman inside and out. Anyone who met her remembered her beauty but most of all, they remembered her kind heart. You know the old saying, 'opposites__ attract' well_ Mary and Clark's relationship was the perfect example of that theory. Their love for one another was like no other…
Mary and Clark had three little girls who were loved and cherished by their mother. Mary died unexpectedly when the sisters were very young so the girls lost their loving Mother. Three months after Mary's death Clark remarries. The sister's went from being cherished little girls to getting verbally and physically abused by their stepmother and their own Father.
You see their Father married the wicked stepmother the only difference between the Cinderella story and this story, is that the prince never came and saved them and there damn sure was no fairy godmother hiding in the woodwork. These precious little girls did not have a chance from the get-go. Their stepmother's name was Dottie and she hated them for who they were and for what she could not have. She hated them because they looked so much like their mother and because she could never have children of her own.
Dottie had an affair with Clark while Mary and Clark were still married and Dottie was Mary's best friend. Clark chooses Mary over Dottie and moved his family to Illinois…but tragedy fell on the Collins family. Mary was taken from her children and her husband way too early and Dottie finally got her man. She hated Mary's children and took out her hatred for Mary on Mary's babies.
In those day's people did not interfere with the raising of one's children. I know the neighbors had to hear the screams coming out of our house. I know they had to hear the yelling and fighting and know that children were being abused. But no one intervened or reached out to these three little girls. People minded their own business and they did not tell other people how to raise their children. It was the way things were done back then.
I would like to reach out to the children from the fifty's whoever you maybe. I am also writing this story for all my brothers and sisters who were raised in the fifties and sixties who were also abused. The TRUTH had to be told For My Sister's…
This Book is For My Sister's. I had to get the truth out and set Myself and My Sister's Free…If no one ever reads my story or knows what my sister's and I endured at least I got it out of me…I survived…For My Children…