For the Love of a Man 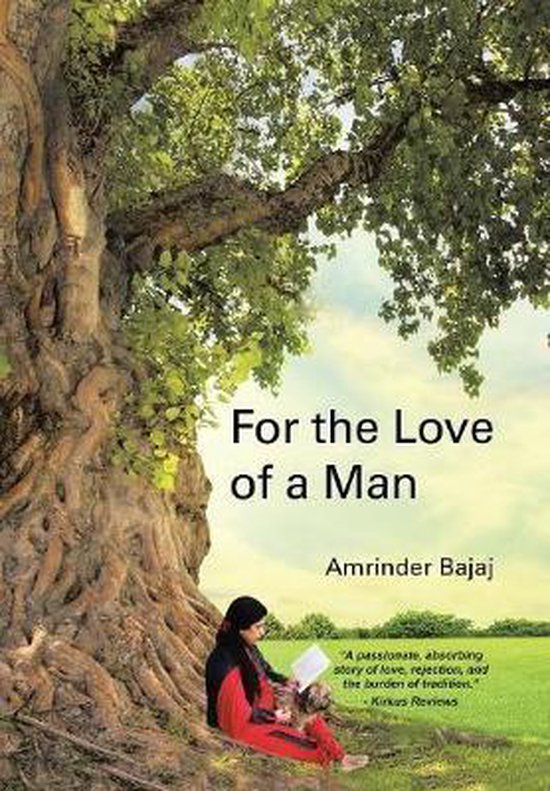 Amrita is forced to submit to an arranged marriage though she loves another. As long as she remains the image of glorified Indian womanhood, she blends into the background. She grows corns standing on the pedestal and steps down to do what pleases her. A few breaths of unfettered air were all she could take before her virtue is irrevocable stained by an unsuitable lover. All too soon, the price of illicit love exceeds its pleasures. Her parents condemn her, her sons despise her, and her husband tightens the net of matrimony despite her infidelity. There is shame and blame and a devouring isolation. In an attempt to retain her sanity, she flees to the Himalayas. In those lofty reaches, she finds a startlingly simple solution to her problems—she has to look inwards for the peace that eluded her. No one else could give her that.

"Filled with rich imagery, beautiful prose, and an occasional poem to more fully express overwhelming emotional moments, this is the story of a woman torn between fulfilling the ideals she was raised to believe in and answering an internal need to experience life to greater depth."

"When one is choked of all joy and possibility in life, is it better to grab for the oxygen mask or allow oneself to die? In presenting her story, the narrator here poses these questions without apology or justification."

—Recommended reading by US Review of Books

"Semi-autobiographical, this novel pulls on the author's experiences to build a rich, wholly developed character in Amrita. She is a protagonist we see grow from the start of the novel all the way to the last page. Her journey feels unique to her particular circumstances, but at the same time, there are bits and pieces most women could pull examples from their own lives, understand and relate to and learn from."

"This is a book which will be remembered long after finishing…"

"Bajaj arrestingly evokes the splendors and deprivations of India in the second half of the 20th century, and makes a penetrating case for women forced into marriage and who can't even spend the salary that they earn. Although Rosy too often finds "neither sympathy nor understanding" from the men in her life, including, eventually, her own son, Bajaj all but guarantees that she'll find sympathy from readers as she struggles with both her desires and the potential collapse of her family."

"A passionate, absorbing story of love, rejection, and the burden of tradition."