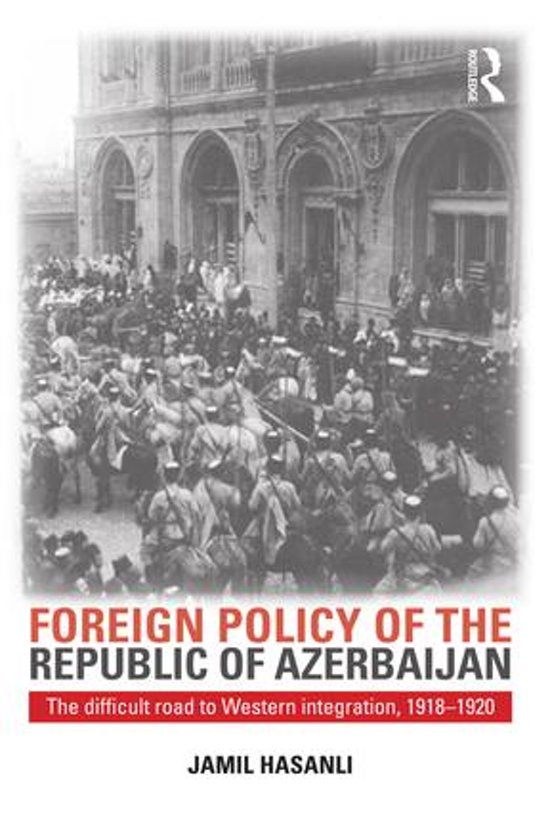 As revolution swept over Russia and empires collapsed in the final days of World War I, Azerbaijan and neighbouring Georgia and Armenia proclaimed their independence in May 1918. During the ensuing two years of struggle for independence, military endgames, and treaty negotiations, the diplomatic representatives of Azerbaijan struggled to gain international recognition and favourable resolution of the territorial sovereignty of the country. This brief but eventful episode came to an end when the Red Army entered Baku in late April 1920.


Drawing on archival documents from Azerbaijan, Turkey, Russia, United States, France, and Great Britain, the accomplished historian, Jamil Hasanli, has produced a comprehensive and meticulously documented account of this little-known period. He narrates the tumultuous path of the short-lived Azerbaijani state toward winning international recognition and reconstructs a vivid image of the Azeri political elite's quest for nationhood after the collapse of the Russian colonial system, with a particular focus on the liberation of Baku from Bolshevik factions, relations with regional neighbours, and the arduous road to recognition of Azerbaijan's independence by the Paris Peace Conference.


Providing a valuable insight into the past of the South Caucasus region and the dynamics of the post-World War I era, this book will be an essential addition to scholars and students of Central Asian Studies and the Caucasus, History, Foreign Policy and Political Studies.