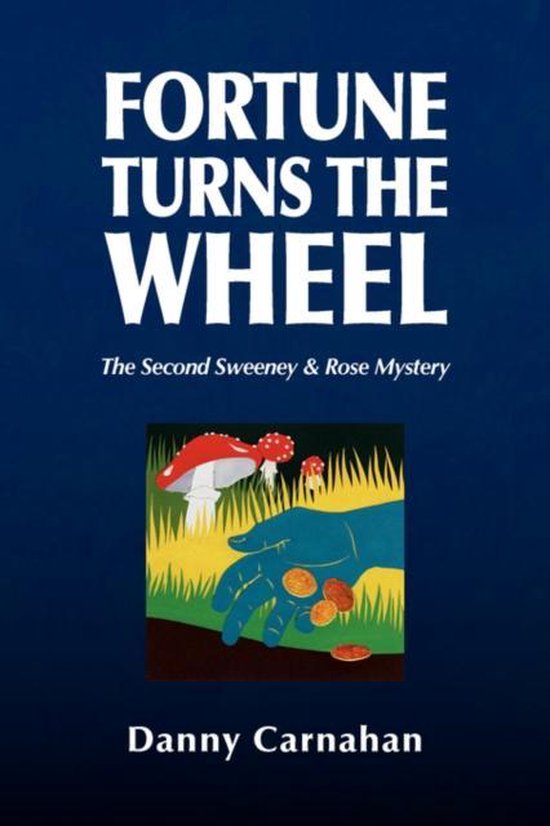 FORTUNE TURNS THE WHEEL When San Francisco literature professor Rose Sweeney is sent to England to research the long-lost secret notes of Robert Graves, her unhappy fiddler husband Niall follows. Rose plans to work with her friend, Euan, in his home village near Exmoor. Niall Sweeneys only plan is to save their fraying marriage. But both plans screech to a halt when they discover the doddering and despised lord of the local manor dead in his garden, and his equally unpleasant son missing. Sweeney and Rose are swept into Euans frantic search for the son and the truth about the old mans death. But theyve barely begun when they are first nearly barbecued at the hands of a midnight arsonist, then sent a bloody pagan warning. Frightened, Rose tries to continue her research while helping Sweeney and Euan penetrate the baffling network of lies, greed, distrust, and ancient hatred binding the village together. As Sweeney searches for answers in his music, fiddling in the pub with strange locals and deranged Morris dancers, Rose explores the fairy-ringed hills with eccentric village folklorists. Together, the outsiders learn they are faced with four seemingly unrelated threads of menaceeach worth murdering for. Even after locating a lost fortune in gold coins and being forced into a violent confrontation with twisted lust and adultery, Sweeney and Rose find they are still in mortal danger. Delving deeper into Graves notes for his mythic masterpiece, The White Goddess, Rose realizes that some of Britains forgotten pagan past wasnt forgotten after all. Rose is the only one who can connect Graves poetry with the current malevolent denizens of Exmoor to find the key to a pair of murders. But in finding the key she unearths a secret more real, more desperate, and more deadly than shes prepared for. In the terrifying climax, Rose must battle both a human monster and the ancient gods of Britain to try to save her own sanity and the three lives that hang in the balance.