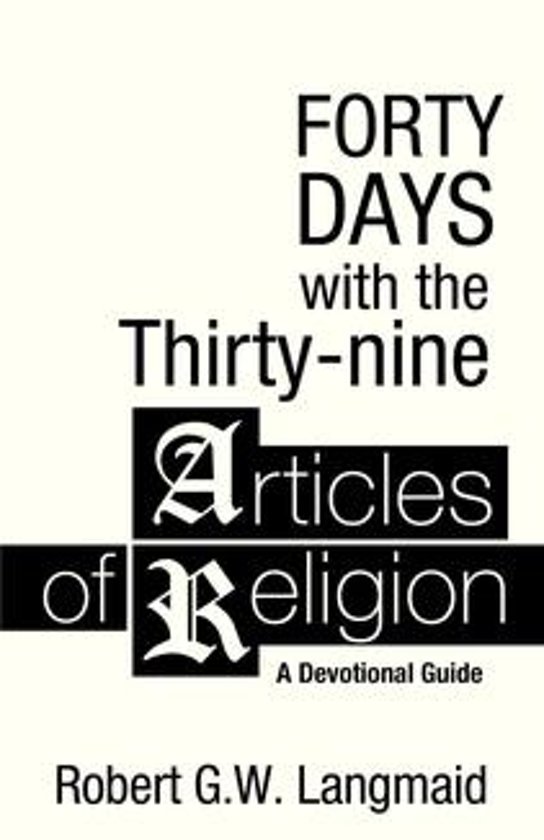 The Thirty-nine Articles of Religion of the Church of England.


Are they a dusty relic of the sixteenth century, with little to say to Anglican Christians in this brave new world of the twenty-first century? Or do they form a statement that is ideally suited to strengthen and unify them in their faith?


Robert Langmaid argues that the latter is the case. He believes that the articles, which were written by English Reformers in 1533 and put in their current revised form in 1662, provide fertile ground for the growth of churches and believers in the Communion. Furthermore, he writes, the articles not only can inform individual and corporate discussions concerning Anglican identity, but can also serve as a basis of spiritual meditation.


How is it that the articles can do all this? Because the Reformers and the English church were careful to ground them securely in the Bible and in the first four general councils of the Christian church and the three ecumenical statements of belief (the Nicene, Apostles', and Athanasian creeds). In fact, Langmaid argues, a new consideration of the articles will call Anglicans to renew their historical allegiance to the Bible and the Lordship of Christ and thereby provide the backdrop for greater and more effective diversity throughout the Anglican Communion.


Besides taking the reader through forty days of meditating on the articles, this valuable contribution to Anglican and ecumenical thought includes two essays on the Articles of Religion and Anglican identity and a version of the articles in modern English by Peter Toon.