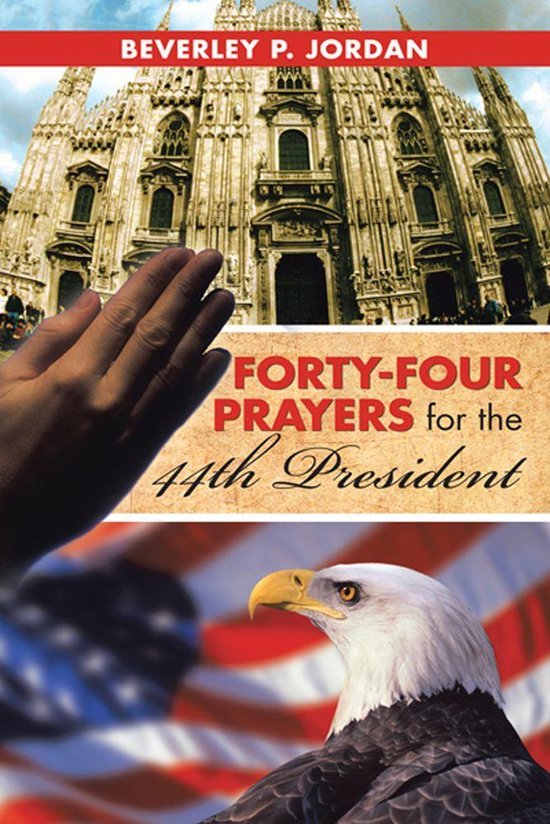 I have been driven to my knees many times by the overwhelming conviction that I had no place else to go. Abraham Lincoln Pray without ceasing. 1 Thessalonians 5:17. For we wrestle not against flesh and blood, but against principalities, against powers, against rulers of the darkness of this world, against spiritual wickedness in high places. Ephesians 6:12. Forty-Four Prayers for the 44th President. The Book That Will Keep The United States On Its Knees for the President. Motivated by a driving need for an economic revival in the United States, but with a clear understanding that spiritual revival is a precursor to economic revival, since we are limited by our humanity in what we can accomplish solely by own abilities, but that our scope and capacities for accomplishments are multiplied exponentially when our lives are spiritually enforced through prayer. Recognizing not only that history has been made with the election of the countrys first African-American President, Barack Obama, but that the office of president, as leader of the free world, carries a solemn responsibility not only to lead in the national economic recovery, but also to be a moral barometer, championing the spiritual revival that is an antecedent to sustainable economic revival in the United States. Beginning at the ground level by praying for wisdom and knowledge, Forty-Four Prayers for the 44th President builds upon forty-four areas that should be a focus of prayer for the President as he looks heavenward on a daily basis for strength for the task at hand and courage for the journey. The book covers many important areas of prayer for the President such as prayer for protection, faith, family, morality, marriage, jobs, patience, humility and listening. One of the most important steps is for the nation at large to recognize the need for prayer and the power of the God to whom we pray. It is here, on the prayer alter that the President, and every other citizen in the United States will find divine guidance and protection. Where the nation must reflect on where it came from and seek impetus in where it will go. Prayer is a no-spin territory. We either believe in the power of prayer to the most high God, or we do not. In the United States, we must start with rebuilding the walls of Jerusalem such as integrity, moral values, and leave a legacy based on those values we hold so dear. As a dedicated Christian, Beverley P. Jordan believes strongly in the power of prayer protecting the United States and guiding its constituents. More so, she believes that Presidents strongest victories will come when he spends time on his knees. The greatest revival and change in which we can believe in the history of America took place more than 150 years ago in the 1850s. One day, Price and Orr report, 'Mr. Jeremiah Lanphier answered a call to action and he started a prayer meeting in New York City. It began with six persons, and then grew to hundreds and then thousands, then spread across every state in America. It is reported that people regained hope and productivity [jobs] increased, as the benefits of spiritual revival overflowed into secular and economic revival. Read her book and find out for yourself how Forty-Four Prayers for the 44th President will propel each and everyone of you into action, first on your knees and then towards the revival we so desperately need. This inspirational prayer book was written as a testament of her faith and belief in the power of prayer; as she witnessed the tremendous mile-stone of the first African-American President, she felt that she could make her small contribution through prayer. Forty-four Prayers for the 44th President is dedicated to President and Mrs. Obama and family. Beverley P. Jordan hopes that they will feel secure knowing that they are being prayed for frequently and consistently.