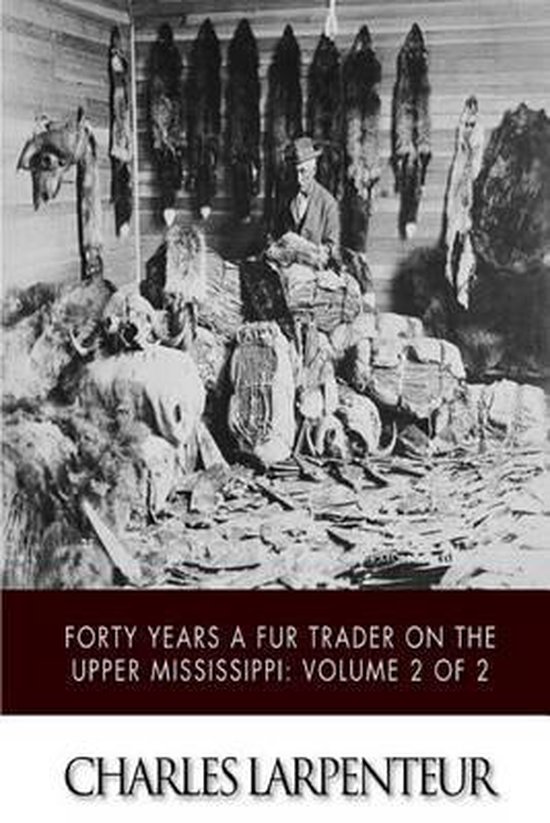 This is a history of fur trading in the North American colonial period, which was often carried out by French settlers and Native Americans. From the intro:"The history of the West is still largely the story of discovery, exploration, survey, colonization, and the like; for aught else is of comparatively recent development—is contemporaneous, or nearly such. The bison was the original engineer, who followed the lay of the land and the run of the water; the Indian followed the bison; the white man followed the Indian; the gun and trap, the pick and shovel, the whiskey-jug, plow, and locomotive followed the white man, at little if any interval: this is the order of empire westward. Every step of this succession is of absorbing interest and momentous consequence; perhaps none more so than those taken during what I may style the picturesque period, when the plain was furrowed not by the plow but by the hoof of the bison, when no Indian war-whoop had been silenced by a steam-whistle, when the trapper and trader were romantic figures in scenes untamed to more prosaic industries. Such times as these call for chroniclers; and it is the purpose of the American Explorer Series, of which the present volumes form a continuation, to traverse this historic ground, perhaps to cultivate some corners of this fruitful field. What results may be expected are instanced in the case of the Journal of Jacob Fowler, with which the series began. Whoever heard of it, or of its author, till this year of grace 1898? A floating paragraph in one or two not well-known books was to the vague effect that a trader named Glenn took a party to Santa Fe in 1822—that was all. Now we have the narrative of that enterprise, complete in every detail, in an authentic, genuine, original, contemporaneous human document—and of such is the kingdom of history.Few persons now living may measure the full importance of the Fur Trade as a factor in the development of what has been called the " wild and woolly-West "—thereby giving occasion for Lummis' witty retort upon a " tame and cottony East." Fewer still can be aware of what iniquities and atrocities the seamy side of that indispensable industry reveals. Those who have read the Journals of Alexander Henry and David Thompson have had their eyes opened to the systematic swindling and debauching of Indians which characterized the traffic as conducted in Canada and some portions of the United States, and may readily believe that the pursuit of pelf in pelt was always tarred with the same stick. This identical subject—intrinsically important, in some respects repellent, never failing of tragic interest, albeit sordid and squalid—is continued in the autobiography of Charles Larpenteur.As Fowler's Journal and Fowler himself were until this year, so have Larpenteur and his narrative been hitherto—unknown. The latter, like the former, will be found composed of the very fiber that goes to the web of history. It is a notable and entirely novel contribution to our knowledge of the Fur Trade of the Upper Missouri for a period of more than an average lifetime, by one who lived the life and worked his way through it, from the position of a mere hand to that of one of its heads. Among other conclusions we may draw from this narrative, it would appear that the unpalliated and unmitigated evils were inherent in the system of traffic itself, red and white natures being what they respectively were; that there was a smoother than the seamy side of the business; that a good, kindly man might be about it, and die poor but honest; and that it called out some of the best as well as the worst of human qualities—some of the most manly, even heroic, traits, remote from cupidity and cruelty."
Toon meer Toon minder