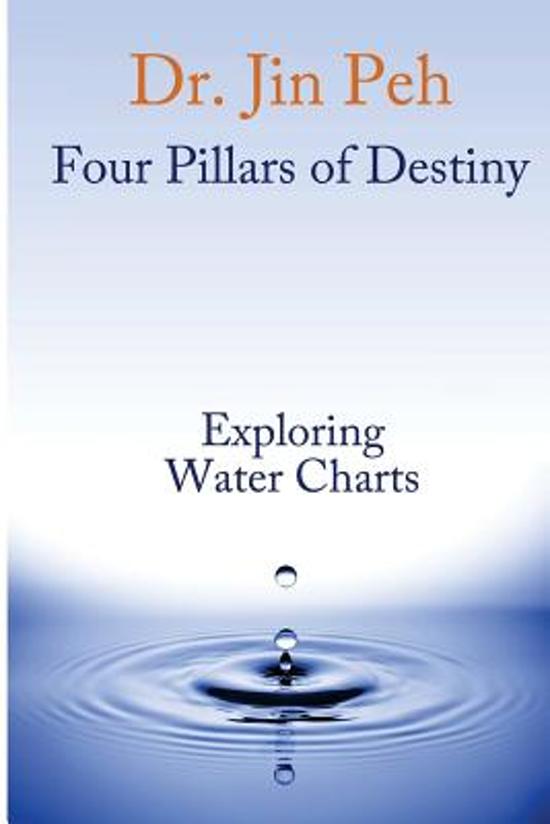 What do Adele, Michael Douglas, Pope Francis, Salma Hayek, Michelle Pfeiffer and Mark Zuckerberg have in common? According to the Four Pillars system of Chinese Astrology, all the famous individuals mentioned above have Water charts. As you will discover after reading this book, these celebrities have birth charts where Water is the most prominent element. From the 108 examples that are covered within, you will find that Water features as the Resource, Output, Wealth, Power or Self element. These Water charts are then divided into six different classifications or groups, each with their own characteristics and ranking of favourable elements.This is not a book for the absolute beginner. Rather, it is for those who are already familiar with deriving a Four Pillars chart from a Ten Thousand Year Calendar and would like to progress further with more detailed analysis of birth charts.This is the first of a series of five books that looks at Four Pillars charts based on their most prominent element. It encourages readers to identify the overall pattern or flow of their birth charts and then relate it back to the Day Master. It introduces a different perspective from the usual weak-strong approach to Four Pillars charts. Rather than simply translating Chinese theoretical texts, this book illustrates the steps and thinking involved in interpreting a chart through 108 examples. The aim is to bring your analysis and understanding of Four Pillars charts to a more sophisticated level.
Toon meer Toon minder