Free to Lose An Introduction to Marxist Economic Philosophy 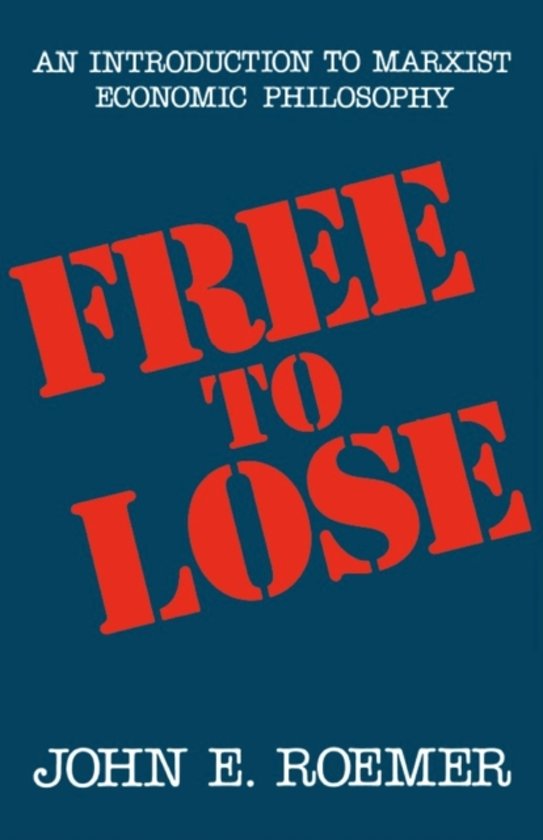 Attacking the usefulness of such central Marxian concepts as the labor theory of value and surplus value, John Roemer reconstructs Marxian economic philosophy from the concepts of exploitation and class, showing that exploitation can be derived from a system of property relations. He then looks at the causes of the unequal distribution of wealth, including robbery and plunder, willingness to take risks, differential rates of time preference, luck, and entrepreneurship. He further examines the evolution of property systems-slave, feudal, capitalist, socialist-from the perspective of the theory of historical materialism, and ends by analyzing the properties of a social system in which ownership of productive assets in the external world is public, while ownership of internal productive assets-skills and talents-is private.

Free to Lose uses neoclassical economic models to assess both Marx's concept of exploitation and his endorsement of socialism. From within this framework, Roemer makes a valuable, often brilliant, contribution to Marxist economic theory. -- Debra Satz Economics and Philosophy During the past decade, John Roemer has established himself as one of the foremost interpreters of Marxian economic analysis, and his writing has been much read and discussed not only by economists, but also by philosophers, political scientists, and historians. In the present work, Roemer attempts to systematize his 'reconstruction' of Marx' ideas on exploitation and class. -- Louis Putterman Journal of Economic Literature