Freedom of Speech The Supreme Court and Judicial Review 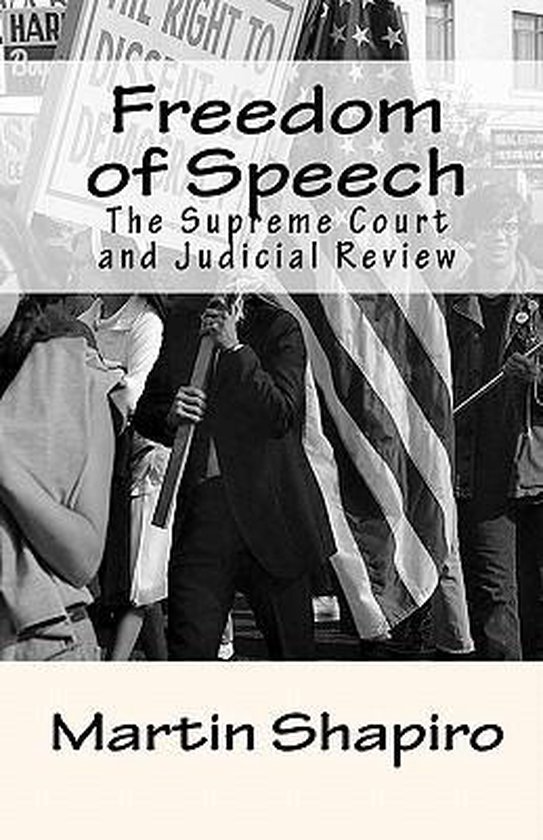 A well-respected political study of free speech on a changing Supreme Court in an era of rights jurisprudence. One of the great continuing disputes of American politics is about the role of the Supreme Court. Another is about the First Amendment and freedom of speech. This book is about both. As a classic defense of the responsible yet openly political role of the Court, this book belies the notion reasserted most recently by Chief Justice Roberts that judges are just the "neutral umpires" in the legal ballgame. Especially in the realm of free speech, the Court must own up to its political function, Martin Shapiro argues in a way that seems to anticipate the current vogue of judicial "modesty." He takes head-on the supposed modesty and deference of Frankfurter, Hand, and others, and supports the legacy of "clear and present danger" inherited from Holmes and Brandeis. The book is thus timeless in its insight as to the true position of the Court in the legal landscape.In FREEDOM OF SPEECH, Shapiro offers a provocative challenge to those who uphold the judicially “modest” interpretation of the role of the Supreme Court and who would keep the Court inviolate from the political process. Each branch of the government, he says, represents specific clienteles and defends specific interests and beliefs. Shapiro argues that one of the Supreme Court’s unique functions is to defend those interests which can find no defenders elsewhere; those speakers whose methods we may not be able to countenance, whose ideologies we may deplore, whose objectives we may fear. From this original analysis of the role of the Supreme Court within the American political system, the author goes on to challenge the Court to use its powers of judicial review to fulfill its special responsibility by maintaining a “special preference for freedom.” Shapiro affirms the cause of judicial “activism” and clears the way for the Court to make a more empowering defense of the most cherished right. More generally, and as applicable today as when he first wrote it, it is time for judges to acknowledge that constitutional review is not a simplistic task of submission; political and policy choices are necessarily made. "For if the people have been led by the Justices themselves, or for that matter by Fourth of July oratory, into believing that the Supreme Court merely puts the Constitution on top of a statute and lops off whatever sticks out over the edges, they have accepted the form but not the substance of review." The legacy of Marbury v. Madison, and the last century's legacy of Holmes and Brandeis in the arena of free speech, deserve better.
Toon meer Toon minder