Friendship's Bonds Democracy and the Novel in Victorian England 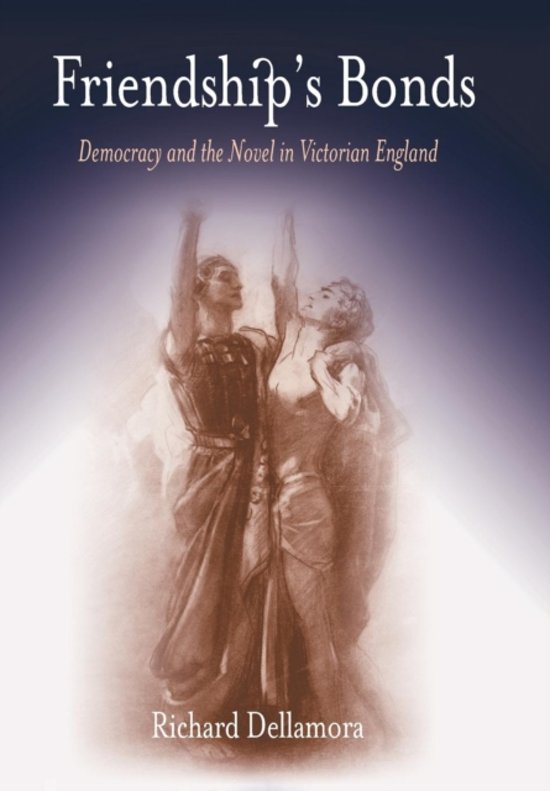 What is the connection between citizenship and friendship in Victorian fiction? Why do Victorian writers use the portrayal of relations between mentor and protege as a way of meditating on the possibilities of democratic governance? In Friendship's Bonds, Richard Dellamora revisits the classical and Victorian dream that a just society would be one governed by friends. In the actual struggle over who should or should not be eligible for the rights of citizenship, however, the ideal of fraternity was troubled by anxieties about the commingling of populations and the possible conversion of male intimacy into sexual anarchy. Focusing on the writings of Benjamin Disraeli as well as those of his leading political rival, William Gladstone, Dellamora considers how sodomitic intimations inflect debates on the enfranchisement of Jews as well as artisans, women, and the Irish during the period. Examining works as various as Karl Marx's essay on the Jewish Question, Victorian Bible commentaries, and novels by Dickens, George Eliot, Trollope, and Henry James, Dellamora further argues that the novel and other creative arts, such as portraiture and the theater, offered important sites for evoking and shaping the Victorians' imagination and experience of democratic possibilities. Systematically bringing together discourses on queer identities in Victorian England, Jewish identities in nineteenth-century literary and political culture, and the ways these powerful forms of otherness intersect, Friendship's Bonds offers an intriguing analysis of how the dream of a perfect sympathy between friends continually challenged Victorians' capacity to imagine into existence a world not of strangers or enemies but of fellow citizens.
Toon meer Toon minder

An engaging and detailed study of the mixed effects of maneuvering the political machine, Friendship's Bonds is also an astute analysis of how the business of affiliation is a shifting, sifting business. -GLQ Dellamora's method consistently and usefully interweaves analyses of literary text with important social, political, and legal events. -Victorian Studies