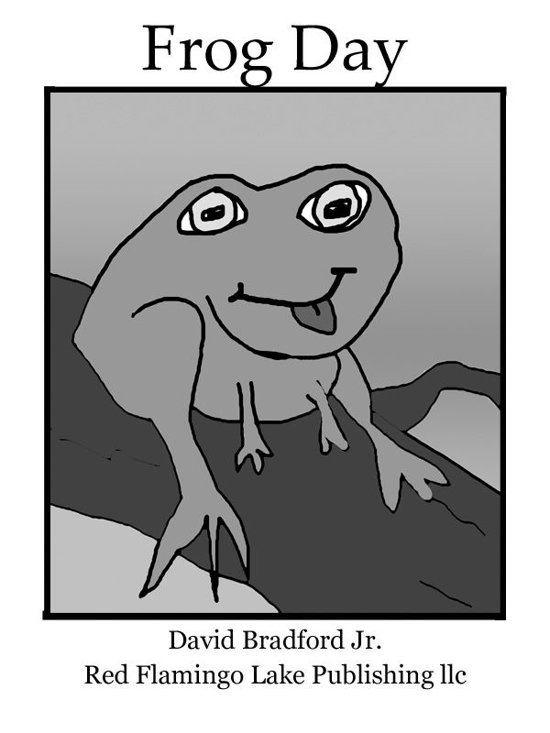 Frog Day is a fun poem about a particular instance in a frog's day, as observed by 'the reader'. In this day the frog meets two characters (a crocodile and a crane) who each try to get a curse-breaking kiss from the frog (of course the subtext, never stated, is that such a kiss would be the end of our frog). Never fear, all ends well.


This poem was written in four stanzas of eight lines each - lines two and four rhyme, lines five, six and seven rhyme, and line eight always ends with 'frog' (although, while breaking this poem up for its digital appearance, internal rhymes became apparent which follow no set rule). While the structure of four stanzas has been maintained as four chapter breaks, each stanza has had its lines split-apart in order to preserve the intent (the pacing) of each line, and thus each line is given its own page; there are instances, however, where managing the evolution of the poem in your mind, some lines have been split into multiple pages (making it so a chapter is not necessarly only eight pages).